I’ve been living in Florida on-and-off for over five and a half years now.

I recently got a Florida driver’s license, and I don’t know if I’m finally a Floridian now or still a phony Floridian, but who’s to say? Regardless, Florida is an inspiring state—I truly love it here. Whether it’s the people, the landscape, or the wildlife, Florida is one-of-a-kind and its energy is infectious. I feel like there are so many worlds here to explore—there must be a million great films yet to be made in the Sunshine State—where it rains way more than you’d think.

I’m not at all surprised A24 already has a “Florida Trilogy” with Spring Breakers, Moonlight, and The Florida Project. Sure, it isn’t a literal trilogy connected by characters and storylines, but I see these films as a spiritual trilogy and I love all of them. Whether it’s the fever dream of spring break in St. Pete's, coming of age in Liberty City, or childhood mischief at The Magic Castle, each film feels deeply inspired by the world it explores and each was made by a truly singular filmmaker. Each film is an empathetic portrayal of the people that live in these Florida microcosms and one can’t help but feel the filmmakers’ obvious love for the people and the one-of-a-kind worlds they occupy. Another glaringly obvious commonality is that every one of these films is so damn visually inspired. It feels like the beauty of Florida brings out the best in these filmmakers and their collaborators.

Naturally, this made me want to look into other films I love made by singular filmmakers that bear the unmistakable mark of the great state of Florida.

Based on the real-life murder of Bobby Kent in South Florida, Bully is a shockingly brutal film that I also find to be really powerful. My girlfriend actually grew up in this part of Florida and we lived there together for a bit. Warning—there is a gratuitous shot of a young actress that is unmotivated and wrong, but for the most part it really feels like the director Larry Clark is genuinely exploring this milieu and trying to give an honest portrait of what happened. I really love Michael Pitt and Daniel Franzese in this. There is a wonderful scene with them playing Mortal Kombat together at an arcade and it’s pure gold.

A classic from the late, great Harold Ramis. This was filmed on the golf course across from my girlfriend’s mom’s house. Apparently, the owners of the course were promised the explosion-heavy climax wouldn’t be filmed anywhere near their property, so of course the producers made sure to take them out to a fancy lunch while the crew rigged an artificial green with incendiary packs... right in the middle of the golf course. The resulting fireball from the climactic explosion was apparently so large that a pilot landing at the Ft. Lauderdale Airport radioed in to air traffic control that he thought a plane had crashed at the golf course. Insane...

R.I.P. George A. Romero, Father of The Zombie Film. He was a visionary. This is the third film in his “Dead Series." I grew up loving this film just as much as Night and Dawn. Day isn’t entirely shot in Florida, but everything above-ground was filmed here. Apparently, Romero was also living in Florida around this time, and I have to assume the state was his inspiration for the awesome opening sequence, which was shot in Ft. Myers and features an alligator surrounded by zombies. If that’s not Florida, I don’t know what is.

This is a bit of a cheat in that the film is not set in Florida, but a big bulk was shot near Ft. Lauderdale and Hollywood. This movie just feels like Florida to me and I love it. I love the texture, the heat, the moss hanging from trees, the fireworks... Also, De Niro is awesome. Max Cady is the quintessential Florida Man.

This is based on Channing Tatum’s experiences as a stripper in Tampa. I was surprised to discover that the entire film was not shot in Florida because Soderbergh and the film were so clearly inspired by it. I love that Soderbergh shoots everything, except for the club scenes, with that yellow filter—Soderbergh’s interpretation of the very specific Tampa light. The scene where Dallas (a fantastic Matthew McConaughey) teaches The Kid to dance is my absolute favorite.

A film based on historic events of the 1923 Rosewood Massacre during which a racist white mob destroyed an entire black town. We still don’t know how many people were actually killed because there are few records documenting the event and survivors remained silent for decades. This film really shows how racism is bred and passed down through generations—this isn’t an easy watch and it shouldn’t be. Especially today, with how fucked up our world is, we have to confront this hate we live with.

Love him or hate him, Michael Bay is an auteur. You know a Michael Bay film when you see it. Pain and Gain is loosely based on another crazy, true story that happened in South Florida. This could be a double feature with Larry Clark’s Bully. Apparently, Mr. Bay was ready to get away from Transformers and make his version of an “indie film”. Bay’s style and South Beach are a match made in heaven. I was lucky enough to meet and hang with Mr. Bay at a film festival in France—he was hilarious and one-of-a-kind.

I have so many stories from our brief encounter. I remember all the Heineken at the party was reserved for “Mr. Bay” and that he loves South Beach for it’s “small town feel”. My favorite recollection is of the two of us attending a screening of Sicario after an awards ceremony. Later that night, I asked Mr. Bay what he thought of the film. He said that he was on board until the ending: “There are certain things you just don’t do in a movie. You don’t kill the dog, you don’t kill women, and you don’t kill children.” I said, “Bay—I’m doing all three in my next film!”

This is Amy Seitmetz’s debut feature film. She’s a Florida native and it shows. The atmosphere is so great and I love that it was shot on 16mm stock. The film is tight and claustrophobic, but you still feel the world and you really feel Florida. Amy went to school with Barry Jenkins, another Florida native, and apparently they are pals.

This film is a guilty pleasure. A friend of mine who grew up in Florida turned me on to it. He says parts of it remind him of his childhood. It’s adapted from a book by Florida’s only famous writer, Carl Hiaasen, and the director, Will Shriner, is a native as well. Jimmy Buffett is a producer, contributes music, and acts in the film as a teacher that loves to surf and is always talking about the ocean. That’s Florida, baby! Also, for you A24 heads, this movie stars a baby Brie Larson. 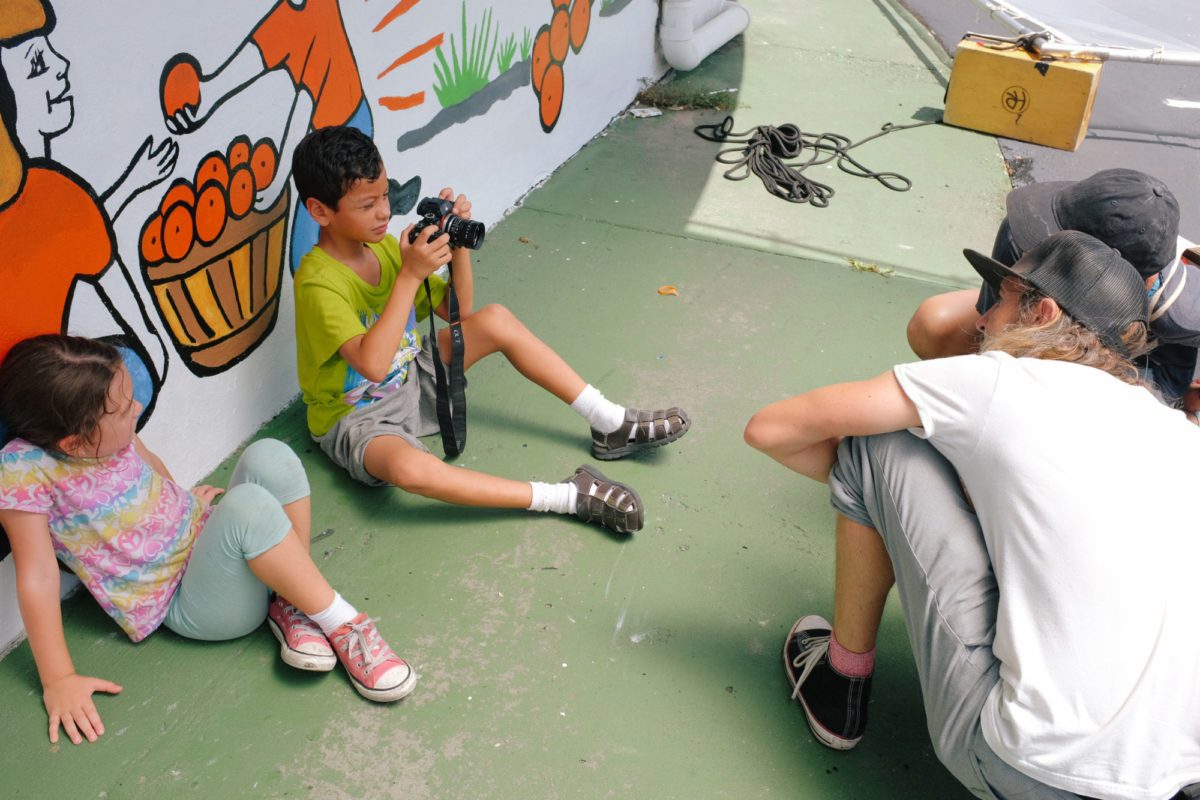