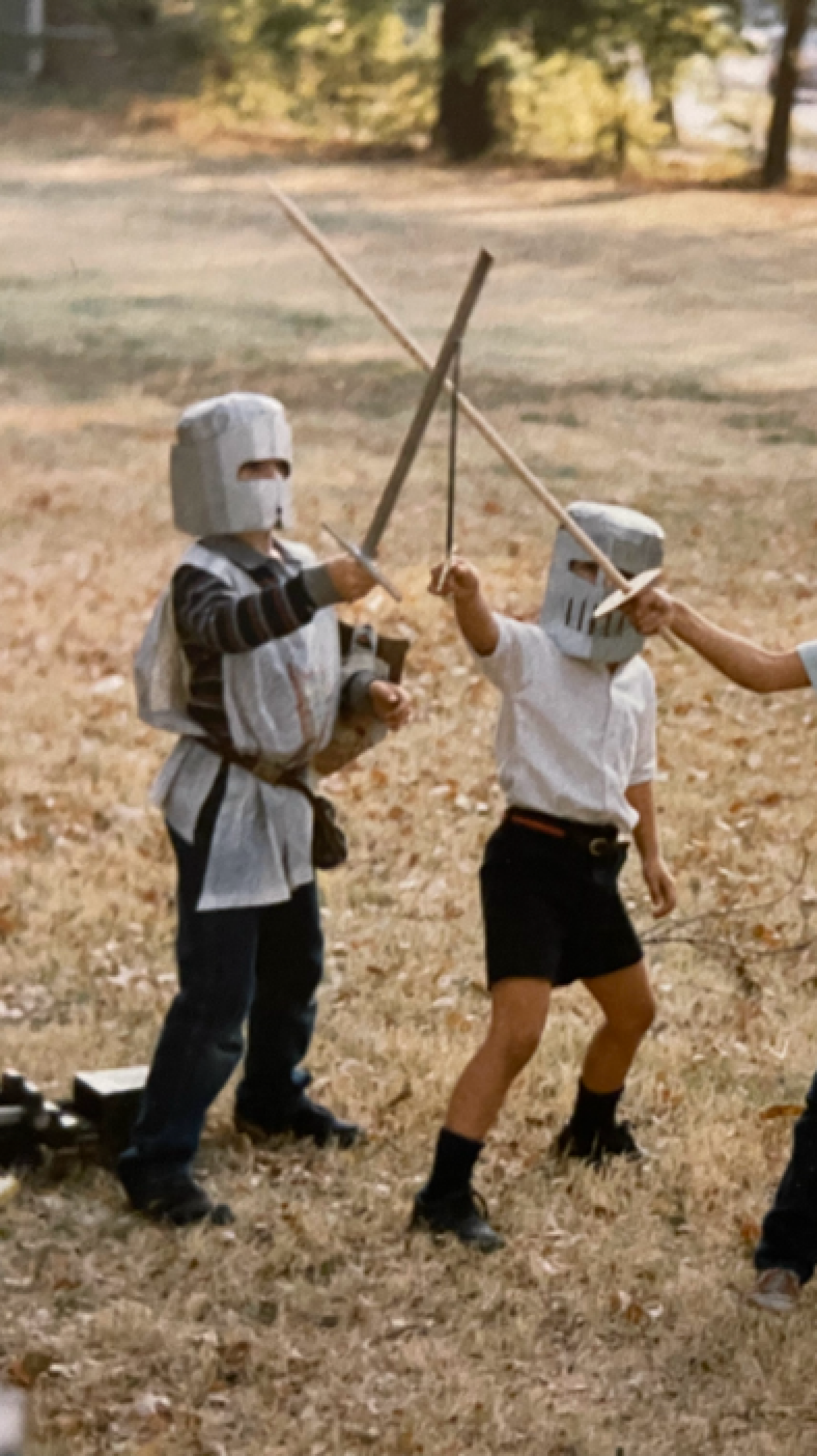 I’ve been at my parents’ house a lot lately, poring over old photograph albums with my siblings. There are nine of us, and as is requisite for an abnormally gigantic family, these volumes are numerous and vast. In addition to providing a dense and invaluable and oftentimes embarrassing (my hair!) chronicle of our upbringing, I’ve found within them the seeds of what would one day become my body of work. Apparently, I decided what movies I was going to spend my life producing very early on, and have been making good on those early subconscious promises ever since.

In the case of The Green Knight, I can trace it back to this photo.

If you could hear us at the moment this photo was taken, I am fairly certain you’d have heard us humming James Horner’s Willow score in unison. That’s my brother Daniel, in the middle, and my friend Richard on the right. I’m on the left, wearing the tunic. I was eight years old, and right at the onset of a burgeoning fascination with medievalism. My mom kindled this interest, as she did with all of my passing fancies, helping me make a helmet and armor out of cardboard and papier-mâché, and organizing for my siblings and friends a medieval festival, which included a grand parade around the neighborhood and a feast of period-accurate cuisine that, if I recall correctly, included wassail and macaroni covered in apple sauce.

Around this same time, I wrote my first screenplay, one which I submitted to Casa Mañana, the local children’s theater in Fort Worth, in the hopes that it might be produced. Its subject? Sir Percival and his quest for the Holy Grail. I had become obsessed with the intersection of Arthurian lore and Grail mythology, thanks to Indiana Jones and the Last Crusade, and that obsession came about just as I was learning how to write screenplays. I didn’t have a camcorder back then, so I thought that perhaps instead of turning it into a movie I could have it performed as a play. So into the mail it went, complete with a hand-illustrated cover.

With an expediency I’d never again experience in this industry, the head of Casa wrote me back and kindly encouraged me to keep working on my play; she also let me know that they were in rehearsals for a separate production about King Arthur’s early days, and gently recommended that I finish my script before seeing that play, lest I be too influenced by what was already underway.

Suffice to say, my Percival script, which I did indeed revise once I saw that King Arthur production, was never produced, and my interest in medieval history and the lore of Camelot ebbed and waned over the years; but I am confident that those cardboard helmets and deep dives into Grail quests were the first flagstones in the path that has led me to where I am right now, sitting upon a sofa not far from where I once battled my brothers with wooden swords, on the eve of the release of my adaptation of a different but equal Arthurian myth, one which has accidentally but not surprisingly wound up being one of the most personal films I’ve ever made.

It goes without saying that my parents would not have allowed eight-year-old me to see The Green Knight, no matter how much he might have pleaded. But I’m pretty sure I would have loved it in theory, on principle, and probably written a script inspired by everything I thought it might be, which I’d never have been able to actually make, on account of the aforementioned lack-of-a-camera that plagued those early creative years so thoroughly documented in my parents’ photo albums. I hope the film I’ve made as an adult does justice to the hypothetical movie this alternate past-tense version of me might have dreamed up…

…and I hope that, in the very real present-tense, you enjoy it too. 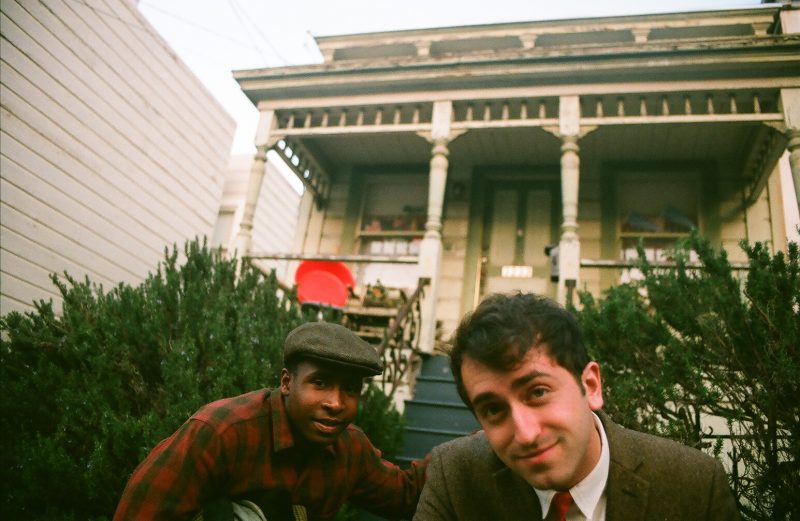 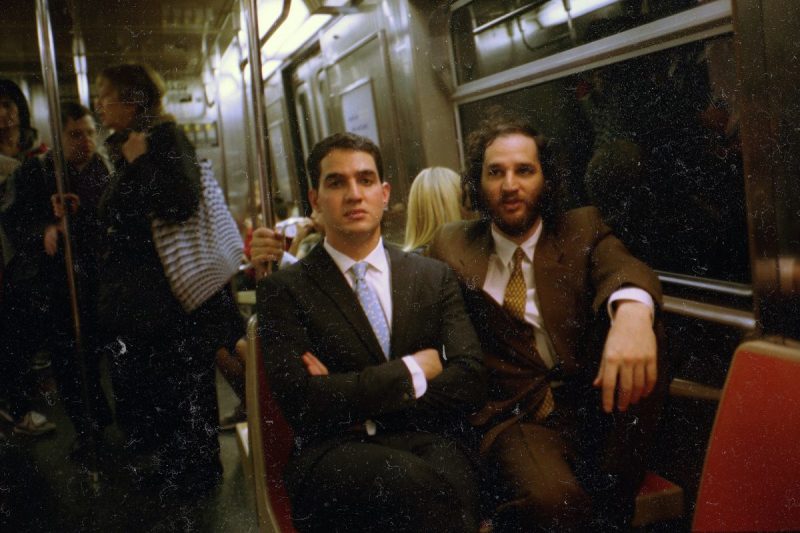 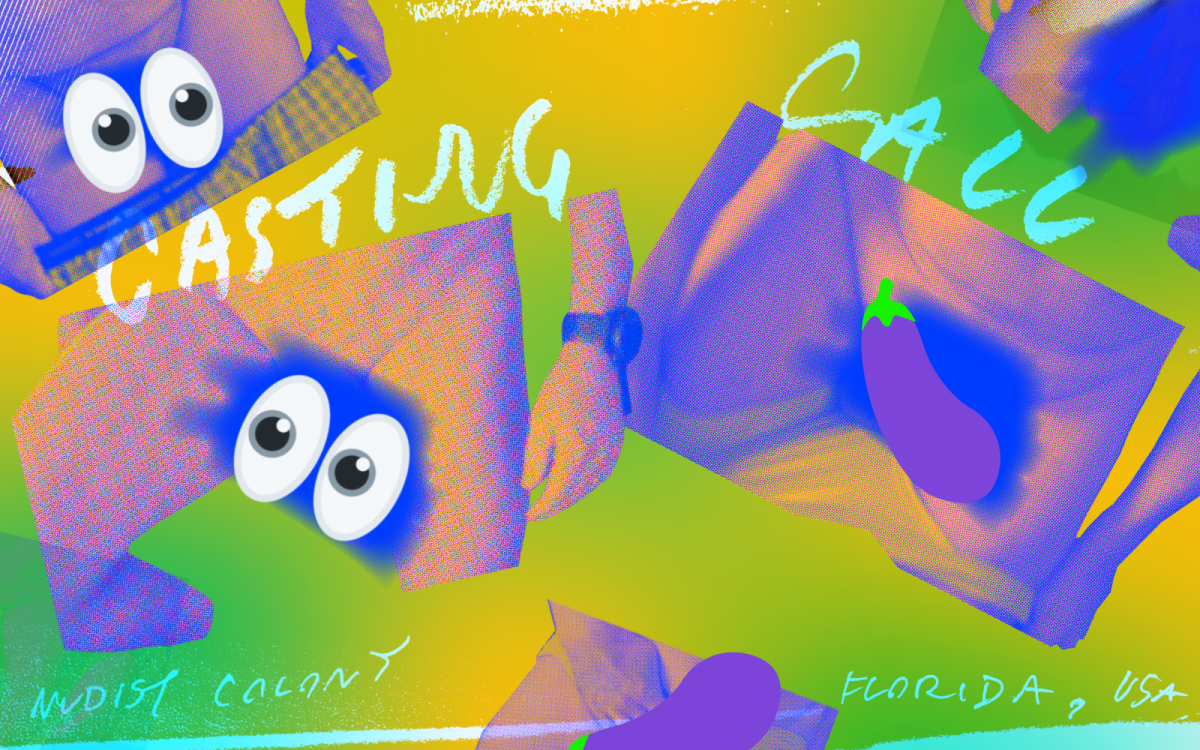