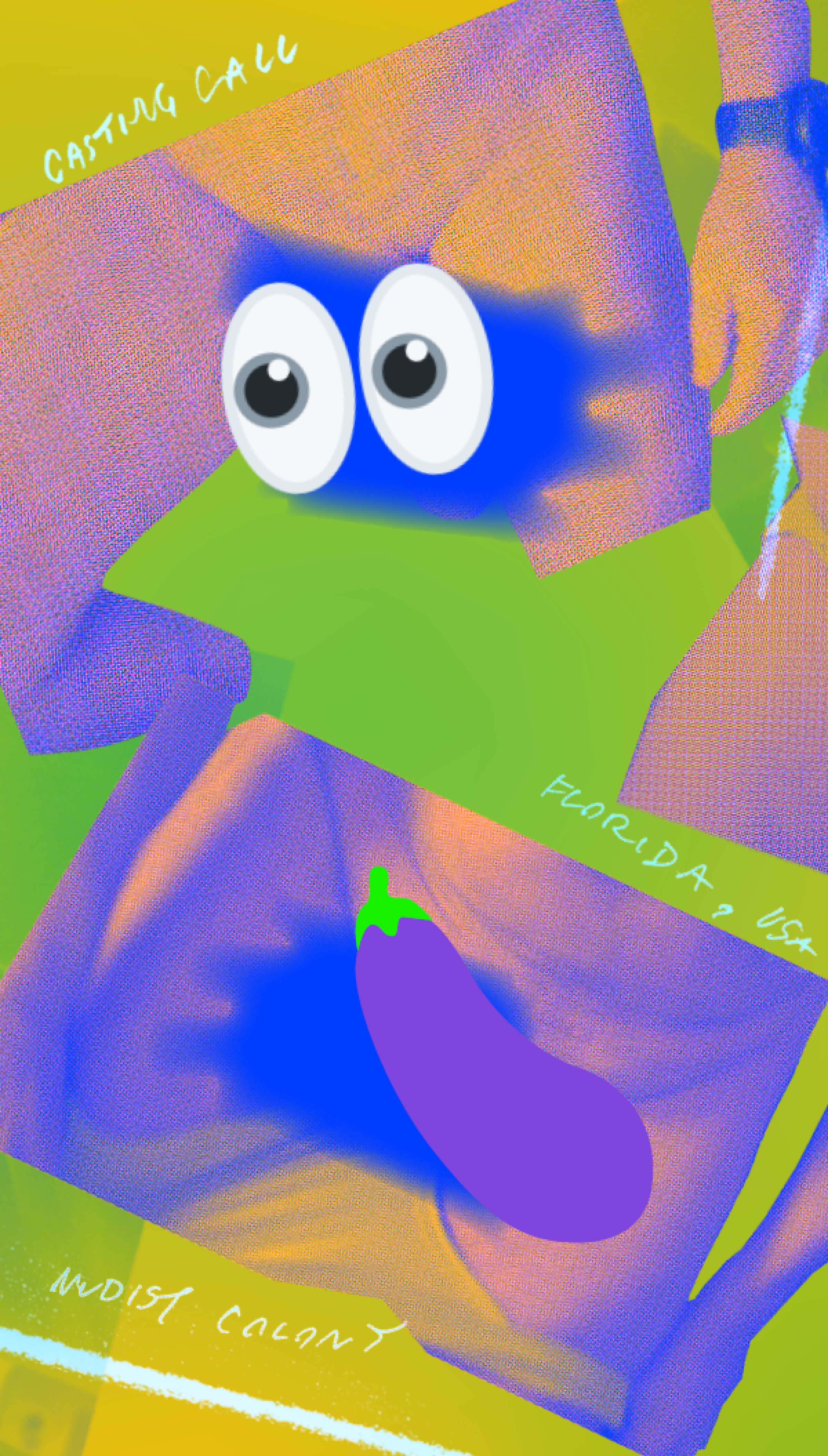 Where does one find an assembly line of penises, of all ages and ethnicities? (Florida, obviously.)

No point putting this delicately: Janicza Bravo needed a lot of dick. “A flood of dicks,” actually.

Zola, which Bravo directed and co-wrote with playwright Jeremy O. Harris, dreamily adapts the real-life-ish viral tweet storm that tells the tale of how A’Ziah “Zola” King follows a new friend into the halcyon promise of a money-making weekend of exotic dancing in Tampa. Things go wildly off course: One misstep leads to another, which leads to a particularly busy night of sex work and a long night of man after man after man. Bravo had a vision for the scene: A montage of johns with a range of body types, of all ages and ethnicities. A carousel of extras who were completely different except for one key trait: They weren’t afraid to flash their wieners on camera.

But where to find a bunch of willing genitals? Bravo and Zola producer Elizabeth Haggard decided to venture outside the confines of traditional casting—all the way to a nudist colony. The pair talked to us about the 10 men they found, as well as comedy bodies, pre-cum, and a whole lot more.

Why did you decide to portray this scene, where Stefani (Riley Keough) has sex with client after client, as a merry-go-round of anonymous men instead of a more traditional sex scene?

Janicza Bravo: When I came on board four years ago, there was another script by another director. That original script had a handful of nude scenes that I felt were a little off-putting. The only reason I’m citing this is that once I actually got to work on the movie and made a catalog of movies that feature sex work, I found that the gaze in those movies were similar—even if they were directed by a woman. I wanted to be inside of the interaction, so I started to think about myself in sex. What I was looking at? Men. So we had to look at the men.

In depictions of sex work, our focus tends to be on the women, and I wanted to shift that. When I read the original [script], it cemented the idea for me. I didn’t want to see a single inch of a woman's body in this besides a wrist-to-stomach or neck-to-shoulder shot. I’ve seen so many images of women's breasts, buttocks, crotches—I don't need that. I think the audience knows what women’s bodies look like. We have a pretty solid catalog.

Elizabeth Haggard: We worked with a local casting director and found out very early on that Tampa has a really large population of strip clubs. Most of the people raising a hand for the work were male strippers—people who are professionally comfortable being nude. It made sense as a first stop, but the bodies that we saw were all the same, all fairly physically fit.

Bravo: I wanted bodies that looked like the bodies we would sleep with. But… I mostly sleep with what I refer to as “comedy bodies.” So I wanted an array of comedy bodies.

Haggard: We became close with some of the owners of the strip clubs where we were shooting. They were good guys. We told them what we were looking for and they put the word out, so I started getting texts and emails with nude pictures from men throughout Tampa. I remember having to tell my husband, “By the way, if you look at my phone, don't be concerned…”

Bravo: It was important that we found more of a range, including a racial range. I wanted a Black guy, an Asian guy, a brown guy, and it was mostly, you know, white guys with hard bodies who wanted to show their dicks in a room of people. And none of them had pubic hair!

We ended up at a nudist colony—one of the largest in the country. The man who led it was sort of like the granddaddy of the naked men.

So where did you end up finding your guys?

Bravo: We ended up at a nudist colony—one of the largest in the country. This one man who led it was sort of like the granddaddy of the naked men. He guided the process and made the selection for me by giving me his own take on each of the residents. He even pitched me on his son-in-law, to get his own people in there. The son-in-law didn’t live in the nudist community, but he does this kink porn where, because he’s very small, big women pick him up and… I don’t know what the genre is called. But he does this thing where he gets his nuts stepped on. I ended up casting him because he was younger.

Haggard: His only request was that he didn’t want to be filmed with his father-in-law.

Bravo: Not an unreasonable request. Spiritually, I can’t walk away from filming thinking, I just got a father-in-law to look at his son-in-law's dick. They're not going to let me into heaven with that move.

For all the other guys—usually when you cast extras or day players, you get a bunch of photos and then you pick people based on their faces. I remember being on set and someone was like, “You just got that email,” and when I opened it I was like, Wait wait wait wait wait, because there were just pictures of penises—close-ups of their faces, and then close-ups of their crotches. To be blunt, I did feel a little like, I just need your dick. The final result of the scene needed to feel like a flood, so that when you walk away you maybe remember a handful of things. Maybe you remember the guy with the tattoos. Maybe you remember the guy with the sparkling eyes. But you wouldn't be able to piece all of them together. It was basically an assembly line. Floppies and parts. 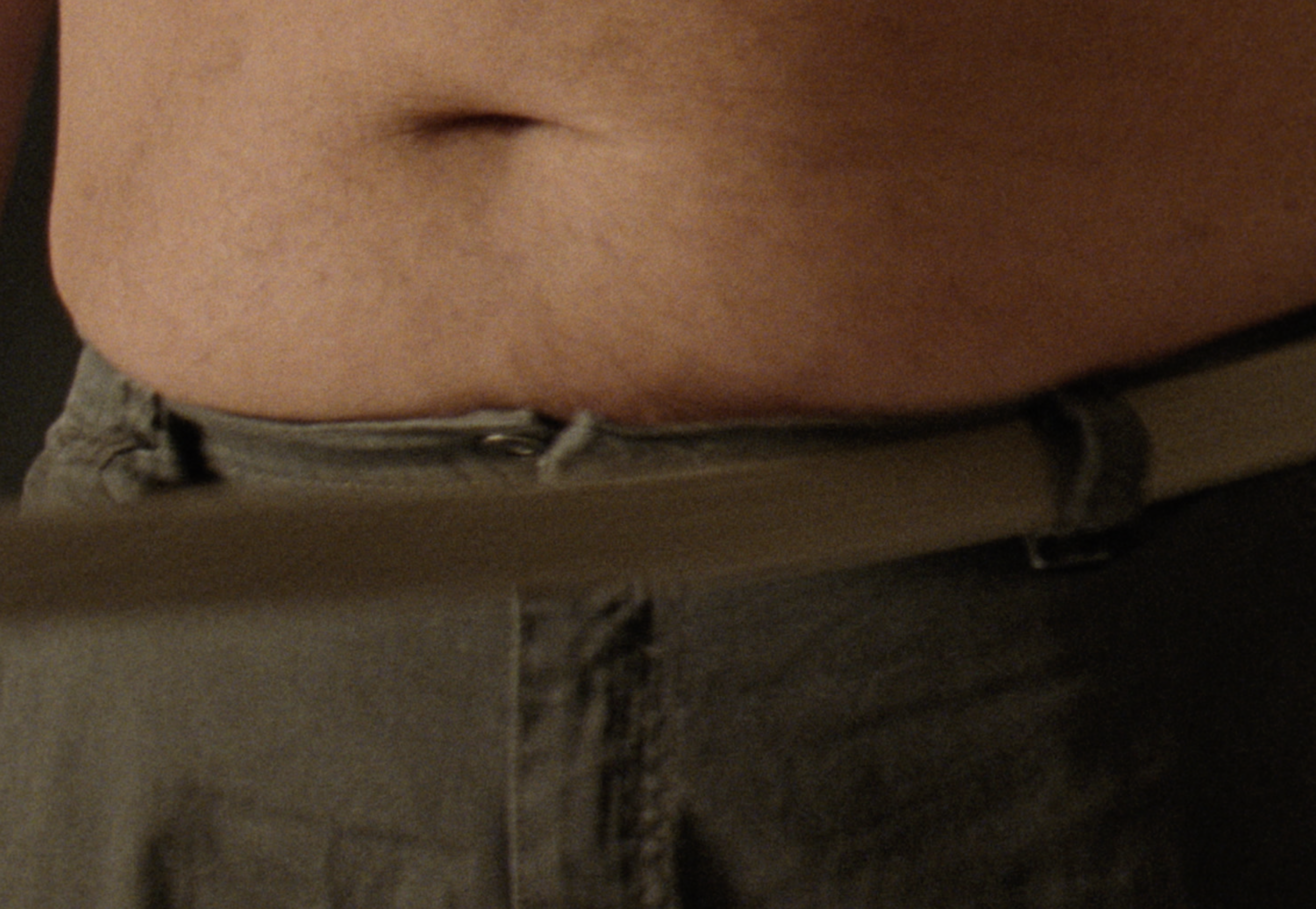 Two of the selected bodies during the briefly-clothed moments of the penis montage. 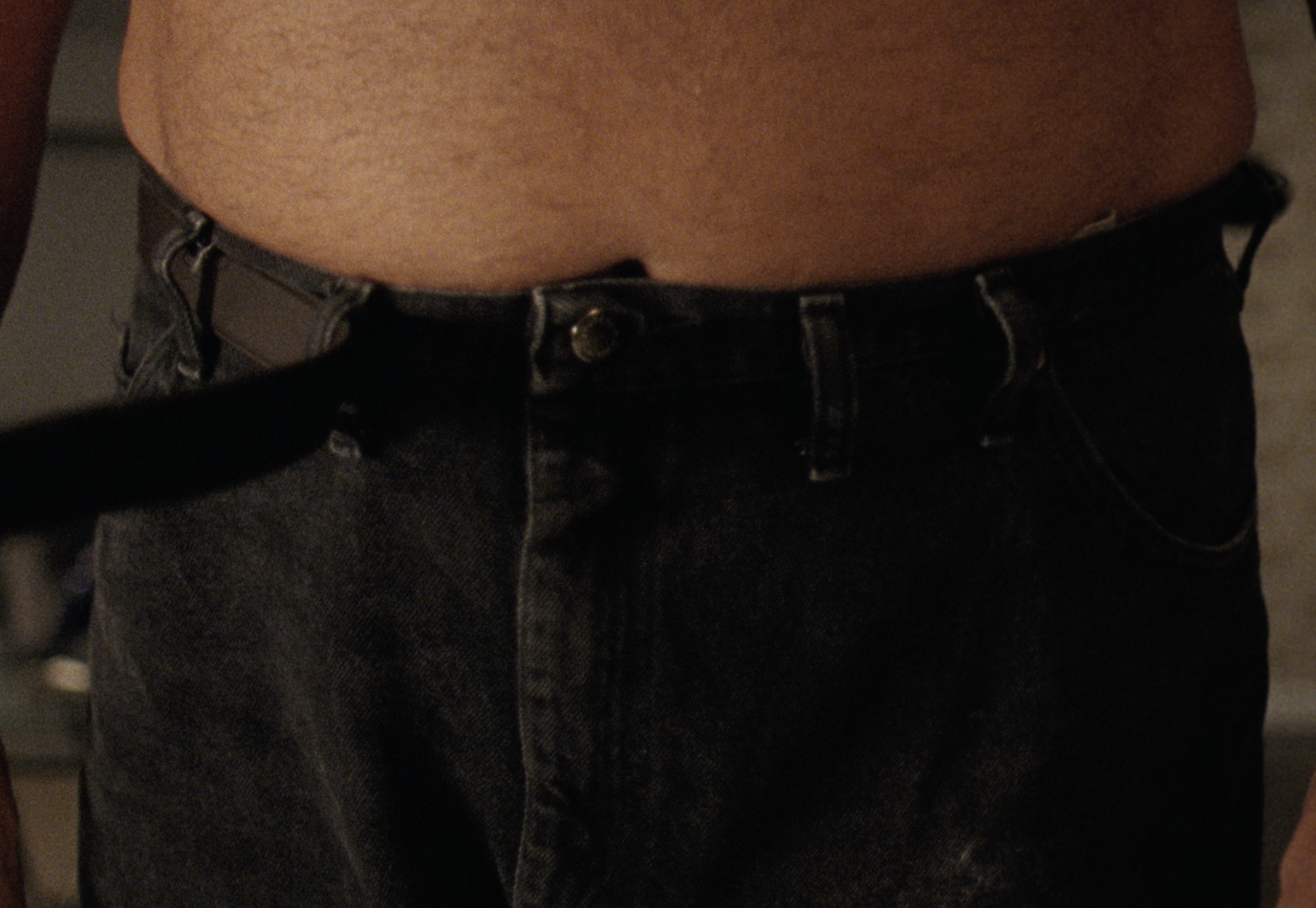 Hmm. So did you decide to cast based purely on penis?

Bravo: I felt bad. I didn’t want to look at their photos and be like, That's a nice head. Those are great balls. So I ended up looking at faces to see, who has kind eyes, who has violent eyes? Do you have a weird, old, sad man face? Then I had an hour or two-hour phone conversation with each of them, all in one weekend. I wanted them to say yes to this, so I was very gentle in how I described the scene. But the conversations were pretty breezy. They couldn’t give two fucks, they were so comfortable with the Naked Life. There was one guy, though, who was like, “I looked [Riley] up. She's really hot.” So that guy wasn't invited. We didn’t need him at the party.

I know they’re nudists, but once you started filming, were the men still comfortable being naked? It’s such a different context.

Haggard: You see the gentlemen in the movie taking their pants off, and taking their boxers off. There was an assumption that the extras would have boxers, but they all arrived the morning of and didn't own underwear because they don’t… wear underwear. Our costume designer had this moment of, Oh no. She had to rush out and buy some boxers.

Bravo: It’s a vulnerable position, to show your body to a room of people whose bodies are not showing, who are directing you, with someone telling you that you're doing it wrong or you need to repeat something. None of them were actors, so they were like, “Wait, where do I go? Where’s my mark?” That stuff was intimidating. But they were so comfortable with their bodies. One man was so comfortable—I guess this is disgusting to say to you, but it wasn’t me, it was him—but he had pre-cum while we were shooting.

You can’t shoot a hard penis; that makes it a different movie rating. We had to give some guys a minute to cool off.

Bravo: That kind of thing happened a few times. You can’t shoot a hard penis; that makes it a different movie rating. We had to give some guys a minute to cool off.

I guess it happens!

Bravo: It actually led me to think: The thing that we might feel is uncomfortable—being in a scene and being naked—was actually the thing they were most tickled by. I guess some of these men liked having the gaze on them. 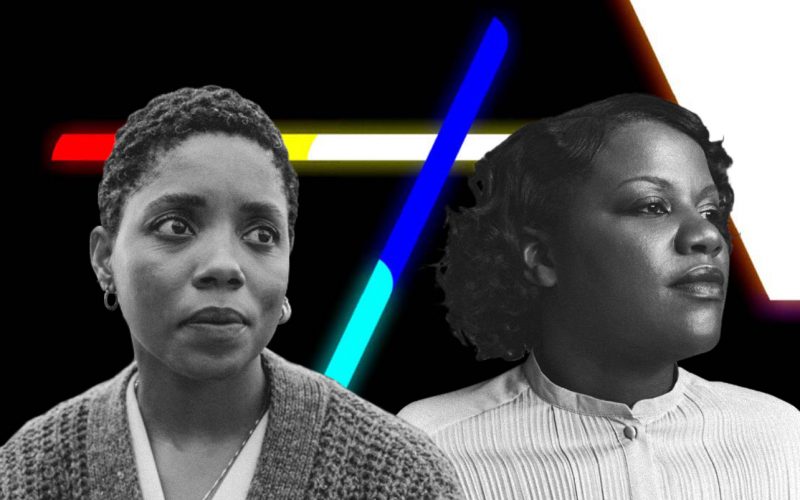 It Only Matters To Me with Janicza Bravo & Joi McMillon 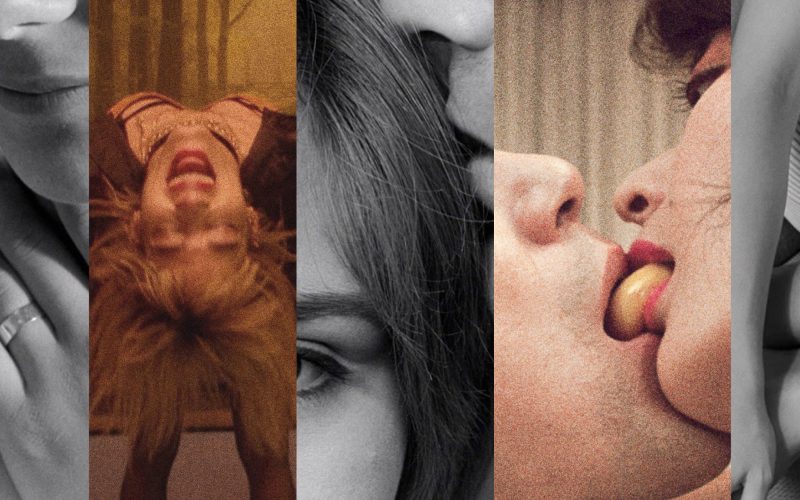 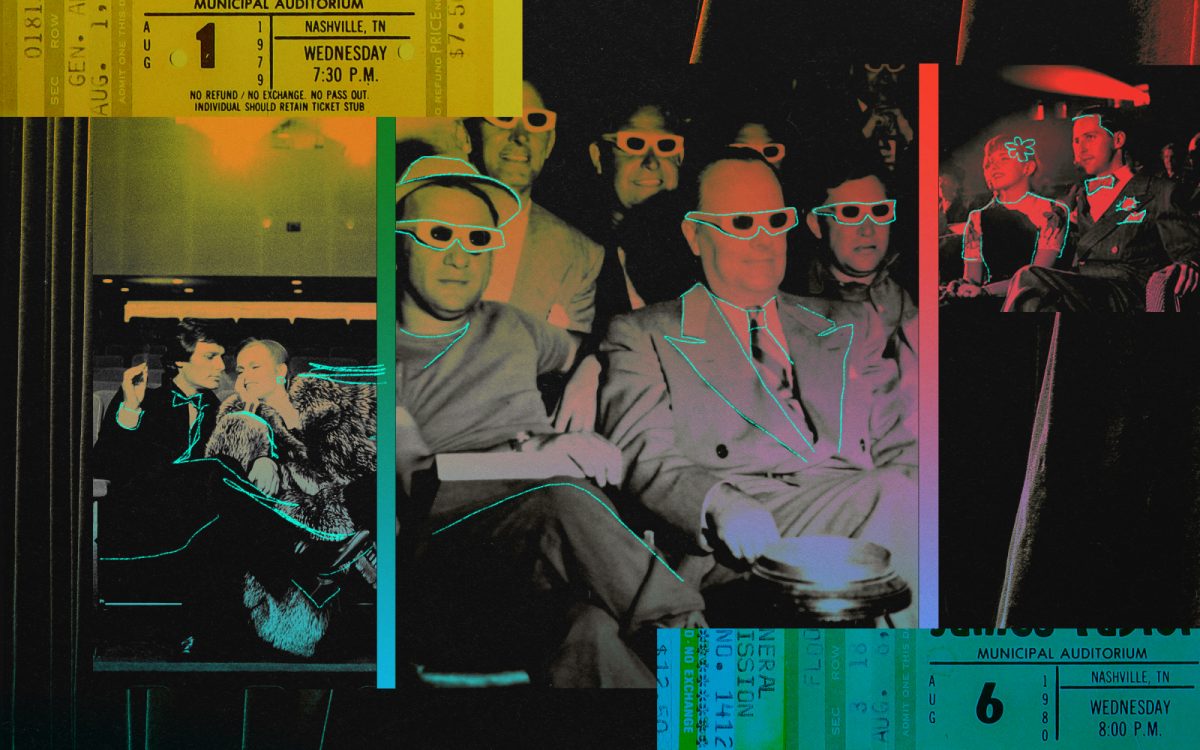