Steven Spielberg in a Canadian tuxedo on the set of Indiana Jones and the Temple of Doom.

John Singleton in Nike Air Skylons and a South Central LA cap. Francis Ford Coppola wearing an Apocalypse Now promo shirt during the Apocalypse Now shoot. These are just a few of the next-level looks featured on @directorfits, an Instagram account dedicated to cataloguing “your favorite director’s favorite fits."

We recently called Los Angeles-based recent grad, Hagop Kourounian, the beacon of taste behind the account, to talk all-things filmmaker fashion and his deep-seated love of Eric Bogosian.

How did you start @directorfits?

The idea of the page started during the pandemic, around May 2020. I had a folder on an old computer of a bunch of amazing clothing and fashion moments in film that I had accumulated from going down rabbit holes after watching a movie. We had so much time at that weird moment in the world, and I just started sitting there every day, organizing images into folders by decades, directors, and then began to post them one by one on Instagram. At the time, it was just 10 or 15 of my friends following and commenting. And then I think Instagram worked its magic, a couple hashtags, a couple people sharing it here and there, and it's where we're at now.

Yeah! And so many really, really cool people are following it and messaging me and sharing things. It's just unbelievable that I get to talk to some people through this account that would never normally message me on my personal.

What's the process for a typical post. Are you starting with a director or a movie or a mood?

Typically it's based on my mood. I literally will wake up and think about what I saw that week. Like, a couple months ago I saw a Hal Ashby double feature at the New Beverly and the next morning I was like, whoa, I have to post. Hal has huge fits by the way. Once in a while, I’ll post just because my followers love certain people. PTA, Spielberg, and Sofia Coppola, anytime I post those three it's guaranteed huge engagement.

Some directors are known to have on-set uniforms: Sofia Coppola always wears a Charvet button up and Mike Mills likes to wear a suit. Have you noticed any directors who have notable on-set looks?

Yes. That's honestly my favorite, when I can spot a director has a uniform, because that's all personal style. Brian De Palma in the mid-seventies all the way into the early nineties had different variations and colors of chinos, some sort of knit sweater, and a belted Abercrombie & Fitch safari jacket. Sometimes, depending on if it was a sunny day, he'd wear a bucket hat or a fishing hat and New Balance sneakers.

Every set from Body Double, Dressed to Kill, Blow Out he’s literally wearing the same outfit. And then in Body Double, there's an actor, Dennis Franz, who plays a faux movie director, and it's very obviously modeled after De Palma, who's wearing the same safari jacket. So you know that he knows that's his uniform because he wrote it into his own version of his character in his own movie. That's an under the radar @directorfits post, should have blown up more.

And then you mentioned Mike Mills and suits. Normally you'll never see a suit on @directorfits because I don't love suits. I don't wear suits. The only suits you'll see is if someone puts their own spin on it like Wes Anderson's cord suit with Clarks Wallabees or David Lynch. No tie, buttoned all the way up, and always dark colored pants, jacket, and dark glasses. I think that's a super intimidating look, and honestly his movies are very intimidating. He's got to dress that way.

Here, one second. Let me pull up the gram.

Okay, two amazing ones that I think are off the charts. Peter Jackson, on the set of The Lord of the Rings. It's super cold in New Zealand, so he's obviously wearing clothes to keep him warm. He's wearing a black North Face Nuptse puffer and then on top of that, he's wearing another black and blue North Face mountain jacket. And you can see on the sleeve a North Face logo and on his chest a North Face logo. And he's just looking at his shot through the viewfinder. And it's all snowy everywhere and so amazing. That's so aggressive to go double North Face and let all the logos show. It's so aggressive, but I love it a lot.

And then this is someone Janicza Bravo actually put me onto, Melvin Van Peebles. There's a shot of him posing for one of his albums and he's wearing a gray short sleeve crew neck sweater with an embroidered message that says "Rated X by an all white jury." That's in response to his first movie being completely not played in movie theaters and not picked up because it got an X rating by the MPAA. I love that.

Are there any directors you think have underrated style?

Josh Safdie. He pulls up to the red carpet wearing Carhartt double knees and a Patagonia puffer jacket and his own Elara Pictures cap. I love that somebody brings their personal style to somewhere where you're maybe supposed to dress up, but he chooses to just come how he pleases. And then, not to keep mentioning her, but Janicza Bravo, because I can't think of any other modern day, new generation filmmaker that is honestly dressing as interesting. There's never a boring fit. I'm like wow, this is like an art piece.

What would be your go-to fit if you were a director?

I can picture it right now, don't even have to think about it. It's Paul Thomas Anderson on the set of Boogie Nights standing next to Burt Reynolds. He's wearing a blue button down shirt. It was like a hot summer day. He's wearing no shirt underneath and wide slacks, some sort of light colored sneakers. And he's wearing black square frames with clear yellow lenses. That's exactly the type of glasses that I wear and head-to-toe exactly what my dream director fit would look like.

So @directorfits is taking notes from PTA?

Hundred percent. But not modern PTA. Oh my God. Yeah. He's not doing it these days. More like pre-There Will Be Blood era.

What are the movies you always go back to?

I'm sure most people reading this are like cinephiles and film bros. I'm no cinephile. I just got into the Criterion Collection a couple years ago. But I love Uncut Gems because my dad is a jeweler here in downtown LA. So all those buzzing noises and getting stuck between the two doors and all the weird characters that your dad has to deal with when making all these gold deals. All that imagery and language resonates with me, and all my friends are degenerate gamblers.

Also Oliver Stone and Eric Bogosian's Talk Radio. That is one of my absolute favorite movies because Eric Bogosian, he wrote the story in a play, then Oliver Stone got the transcript and wanted to make it into a movie. I love that story. And I love Eric Bogosian because I'm Armenian and he's the only cool Armenian actor that we have. He's literally a king. Thank God for Eric Bogosian. 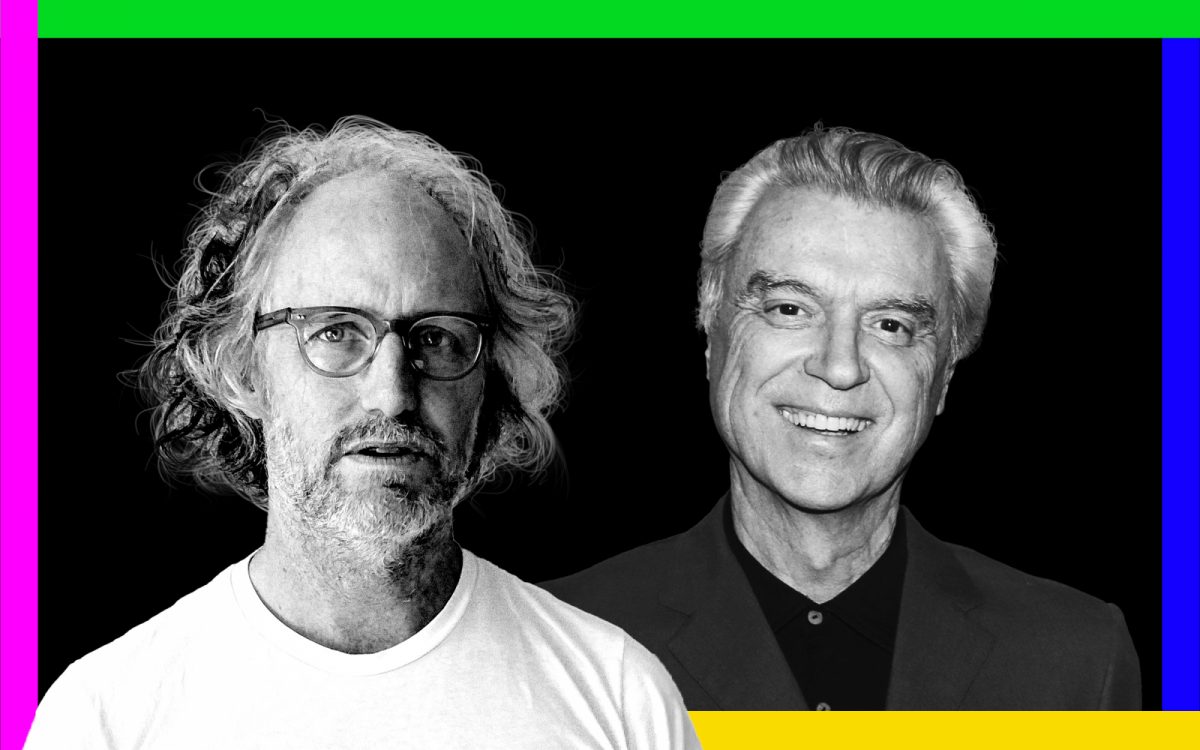