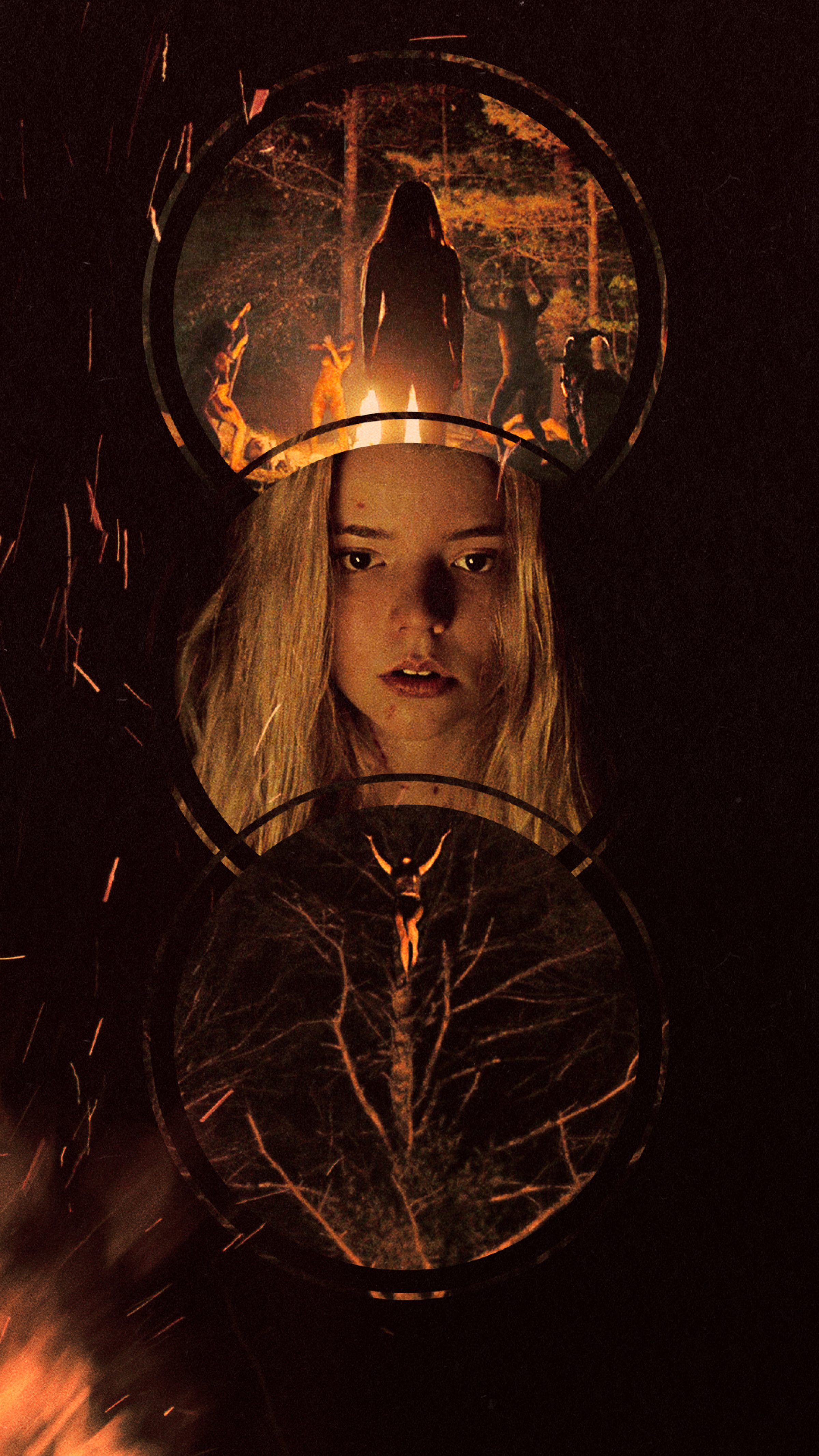 Robert Eggers’ The Witch is a witch’s witch movie

It’s steeped in history; Eggers spent years researching Puritanical New England of the 1600s, and stayed faithful to the period by skipping the over-the-top, lightning bolt special effects you see with most onscreen witches. (He really committed to the mood: His crew only shot in natural light, but only on overcast days.) It’s the movie I turn to when Hallowe’en finds me—a practicing witch—especially yearning for some witchcraft, and lighthearted stuff like Practical Magic (1998) or vintage occult fare like Rosemary’s Baby (1968) are not quite right.

I belong to an Alexandrian coven that began in 1960s Boston. I’ve designed and led rituals for hundreds of people, but now that I live in upstate New York, my practice is more solitary and nature-based; I’m perfectly happy walking through the woods and interacting with trees. Pam Grossman is another practicing witch, though she identifies as Pagan, an umbrella term for earth-based spirituality that can include witchcraft, Wicca (invented by British witch Gerald Gardner in the 1950s), druidry, Heathenism, and so on. Pam recently consulted on the script for the remake of The Craft (1996), and wrote a book and hosts a podcast about the modern witchcraft movement, which has undergone several revivals even since the 1950s. In 2020, witchcraft encompasses a wide range of practices and aesthetics including altars, kitchen witchery, Hoodoo, and Santeria.

The current witchcraft revival is one of the liveliest I can recall since the late 1980s, and it created a welcoming atmosphere for The Witch, which is witch folklore distilled down to its most essential elements. With All Hallows' Eve on the horizon, I called up Pam to rewatch The Witch (2015) and have a spirited, Libra-season chat about the parts of the tale that still fascinate, thrill, and even mystify us to this day.

Pam Grossman: This film shows us so many facets of the witch archetype. Right off the bat, we see the crone who steals a baby to make ointment that she rubs over her entire body.

Peg Aloi: Eggers doesn’t shy away from really dark archetypes, like witches eating babies, and using their fat and blood to make flying ointment. I also wonder: Does the ointment make her appear younger or give her real youth? Lady Bathory, a 16th-century Hungarian noblewoman, reportedly bathed in blood to attain eternal youth. But it’s hard to tell, since later we see the youthful witch seducing Caleb in the woods, and it’s clearly that same old hag.

Beautiful women are just as threatening as crones, because they can lead you to damnation.

Grossman: Crones are scary, especially naked ones who still desire things, whether that’s sex or power. But she returns as the Snow White-fairy-tale sort of witch, using glamour to disguise herself. She even wears a scarlet cloak, harking back to both Little Red Riding Hood and the biblical whore, who’s described in the Book of Revelation as “arrayed in purple and scarlet.” Beautiful women are just as threatening as crones, because they can lead you to damnation.

Aloi: And that witch archetype emerges later, when the mother, Katherine, accuses Thomasin of trying to seduce both her brother Caleb and her own father, William. It’s right out of the Malleus Maleficarum (translated to The Hammer of Witches), the 15th-century manual for hunting witches: “All witchcraft stems from carnal desire, which is in women insatiable.”

Grossman: Having the protagonist be a young woman on the cusp of sexuality weaves in the association of women with diabolism, which we most famously see in the Bible with the story of Eve. An adolescent girl’s "magic” is really her newfound sexual power—an unruly force that she has to learn to control, lest it bring ruin upon her and those around her. It’s a central tenet of Puritanism, and it’s why Katherine sees Thomasin as an agent of the devil.

Aloi: The fact that Kate and William want to farm out Thomasin, to go work for another family as a servant, reminded me that nearly all the young women accused of witchcraft at Salem—some of whom later became accusers—were indentured servants. They were of childbearing age but had no marriage prospects, which made things sexually tense, which sometimes resulted in accusations of witchcraft. The dangerous power that’s unleashed by burgeoning female sexuality shows up again and again in cinema. Just think of Carrie (1976).

Grossman: And then there’s Caleb, this young boy, who’s starting to have sexual urges and the only place to put that is on his sister. I was struck by the hare that Caleb follows into the woods: It’s a nod to the witch as a shape-shifter that can take on animal form. This belief exists around the world—you see it in Japanese and Indian mythology—but the witches' familiar, as a magical animal assistant, is a distinctly English concept.

Aloi: I wondered why Eggers didn't do a bit more with familiars, since it’s such a common modern assumption about witches; the black cat myth is still with us, and most witches I know refer to their pets as familiars. The English witch Sybil Leek had this amazing raven, named Mr. Hotfoot Jackson, that she took everywhere with her. With Black Phillip as Satan's stand-in, I guess it may have been too much to have other familiars.

Does Thomasin choose witchcraft, or does witchcraft choose her?

Grossman: Black Phillip is also one of the film’s many art references. Certainly, it ties into Francisco Goya’s Witches’ Sabbath, with the huge black goat. But I also see Albrecht Dürer and Hans Baldung’s woodcuts of witches, and Salvator Rosa’s painting Witches at Their Incantations. Not to mention the engravings from famous witch hunting manuals, like Mathew Hopkins’ book The Discovery of Witches (1647), which also features illustrations of witches’ familiars.

Aloi: It’s fascinating how enduring these characters are. In Hopkins’ book, the familiars are named things like Vinegar Tom and Pyewacket. Vinegar Tom became the title of a Caryl Churchill play about witches, and there was a recent horror movie called Pyewacket (2017).

Grossman: For Thomasin, I think the familiar is the he-goat on the farm. Maybe Black Phillip is the devil in disguise, but he offers her deliciousness: fine clothing, world travel, butter...

Aloi: And he will guide her hand, which I interpret as a sexual initiation of sorts. On another Black Phillip-related note, may I just say: Those twins are f—cking terrifying.

Grossman: They are, but I like them as a device. It harks back to Salem, and the kids who lied, or were perhaps delusional.

Aloi: Delusion was certainly a big part of the religious belief system around witchcraft, if you consider the “wonders of the invisible world” that Cotton Mather, a minister who led the Salem trials, wrote about. But people were also encouraged to lie, because if you didn’t lie and accuse others, you became a target yourself. So about that last scene: Does it seem to posit that witchcraft is something a woman would willingly choose, or is it just the only thing she has left to turn to when all else is lost? Does Thomasin choose witchcraft, or does witchcraft choose her?

Grossman: Some people read the end as tragic: This poor girl is doomed, so she gives in to the dark side. But I see the ending as liberating.

Aloi: The devil doesn’t come to her unbidden; she conjures him. And in the woods, she finds empowerment and communion.

Grossman: In the last image, she's cruciform, so it feels like her own death and resurrection. She is radiant and sanguine and free. She has transcended the confines of a brutal, oppressive life. That last shot is also very Goya, though in his painting Witches’ Flight, it is men. I kind of feel like Eggers reclaims that image for women. The finale is exhilarating.

Aloi: It certainly evokes modern portrayals of covens. In Rosemary’s Baby they’re naked and chanting. In The Wicker Man (1973), the pagan women are naked, dancing, and jumping over the fire. It’s not unlike some pagan festivals or witch coven circles I’ve been a part of myself.

Grossman: Though if I was being a total perfectionist, I’d have shown 13 women at the end. That’s the traditional number for a coven. That’s why so many people find the number 13 to be unlucky—even scary.