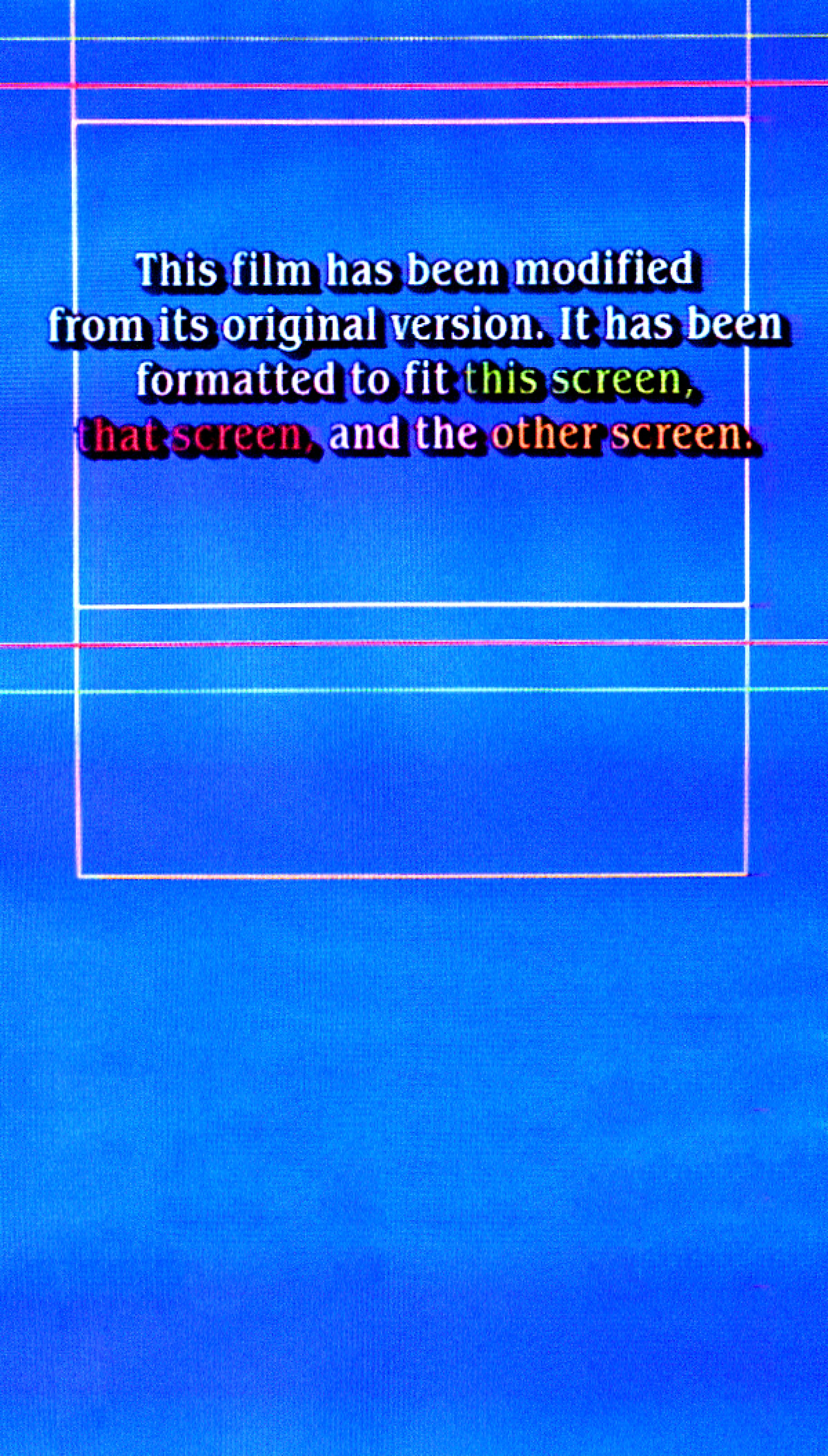 It makes a “cultural argument for the cinema.”

There are some things you may have noticed while watching Paul Schrader’s 2018 film First Reformed. That a handful of corporations have destroyed our planet beyond repair. That we are doomed, and that our children will have it worse. That someone has to do something. And, of course, that the movie was displayed in a teeny tiny little box.

Yes, the 4:3 aspect ratio, once the Hollywood standard before getting tossed aside for wider images, is having a moment. But what is a 4:3 aspect ratio, and why the renaissance? Let’s explore, with the help of several kind cinema studies professors.

I know what you’re thinking: A discussion concerning the comeback of an older aspect ratio in cinema does sound like a conversation stopper. But I think you’ll find it more interesting than you might suspect. Or you might not. I hope this disclosure allows you to see me as someone you can trust.

Before it was a stylistic choice, 4:3 was the standard.

Aspect ratio is the ratio between an image’s width and height, and it dictates the shape of a photograph or film frame. It is why some films look like a square (4:3), why some look more like a rectangle (16:9), and why in the future more films will look like they were made by and for iPhones (9:16).

The 4:3 ratio was abandoned for wider pastures, both literally and figuratively.

At one point, the 4:3 (technically 1.33:1) aspect ratio—created in 1892 by William Dickson, an employee of Thomas Edison—was the standard. The numbers “4:3” describe the literal size of the film, meaning it was four-by-three inches on 35mm film stock. You know this from silent films like A Trip to the Moon (1902). When sound finally accompanied film, the size of the image needed to change slightly to account for the additional information; the Academy of Motion Pictures Arts and Sciences set that new ratio, 1.37:1, as the standard. This was dubbed “Academy Ratio.” You know it from classics like Casablanca (1942) and Citizen Kane (1941). Though noticeably a bit wider, this ratio is so close to 4:3 that they’re essentially considered the same thing.

Soon, though, the pedestrian television was designed to fit Academy Ratio, tainting its prestige. Once you could get the same view for cheap from your couch, the film industry decided to change tack. “One of the reasons that widescreen became wider in the ‘50s was to provide a cinematic experience that was going to be different from a TV experience,” says Peter Decherney, a cinema studies professor at the University of Pennsylvania. To compete, film adopted ever-wider stances: Cinerama (2.59:1), VistaVision (1.85:1), and later IMAX (1.43:1). These allowed for sweeping vistas, grander action, and, in general, extra stuff to be shown within the frame. The 4:3 ratio was abandoned for wider pastures, both literally and figuratively.

But now, filmmakers are using 4:3 again.

Or, you know, some filmmakers are using 4:3 again. You’ll recognize the boxier style from A24 films like Andrea Arnold’s American Honey (2016) and Robert Eggers’ The Lighthouse (2019), plus movies such as Kelly Reichardt’s Meek’s Cutoff (2010), and Wes Anderson’s The Grand Budapest Hotel (2014).

Sheer technical ability might explain the uptick in movies shot in 4:3. “If you even have just a basic SLR camera you can just decide what shape you want your image to be,” J.D. Connor, associate professor of cinematic arts at the University of Southern California, told me. You no longer need to print your movie to different pieces of film stock in different aspect ratios. “That functionality, as indie and even mainstream movies move to an all-digital capture, has meant that it was incredibly simple to switch back and forth,” he said. “So it became a choice.”

[4:3 aspect ratio] is part of the argument that there is something about movies today that separates them from television.

This is supported by digital distribution, which makes it possible to screen different ratios using the same lens. The fact that widescreen televisions can screen in all aspect ratios—old documentaries, episodes of The Twilight Zone, prestige TV shows—also means there is no longer any given standard. “We have a generation of filmmakers who grew up with a wide range of standards,” Decherney said. “On TVs, on mobile screens, in movie theaters. Without the same technical limitations, aspect ratio is a new tool in the storytelling toolbox.”

Put another way, 4:3 has come back around to signal film. “It is part of the argument that there is something about movies today that separates them from television,” Connor said. “It’s a way to make a cultural argument for the cinema.”

Sounds a little pretentious, no?

Some people think so. These sorts of people can be easily found on Twitter and in comment sections on blogs, as you may suspect. This is understandable, and I’m sure most of us have rolled our eyes at a film for one reason or another. But it’s easier to move throughout life if you try not to assume the worst in people. Consider, for instance, The Grand Budapest Hotel (2014): It jumps between ratios both to indicate different periods in time and to force upon its audience a feeling of nostalgia! (The black-and-white 2011 silent film The Artist uses it for the same reason.) In a film like The Lighthouse, the ratio is used not only to indicate time period and cinematic influences, but also to convey a severe sense of claustrophobia.

Indeed. “A wide 16:9 frame allows you to see landscape in a far more dynamic way,” Rian Brown-Orso, filmmaker and associate professor of cinema studies at Oberlin, told me, “but 4:3 allows for more intimate portraiture.” American Honey director Andrea Arnold told Filmmaker Magazine that she thinks the 4:3 ratio is a “very respectful” frame. “That’s what it feels like to me when I look at somebody framed in a 4:3 frame. It makes them really important. The landscape doesn’t take it from them. They’re not small in the middle of something. It gives them real respect and importance. It’s a very human frame, I think.”

At the same time, 4:3 can infuse some energy into a movie where you might not expect it. Entrances and exits are really dynamic in a more restricted frame, as are things like shouting matches—a cropped fight is going to resonate more than one where the characters appear to be far away. “Like so many aesthetic devices, it can convey total opposites,” Decherney said. “On the one hand it can be more intimate. On the other hand, because of the verticality and because it really focuses on a character, it can make them seem more heroic and larger than life.”

So as you can see, there are lots of reasons filmmakers return to the 4:3 aspect ratio. I hope after all of this, I’ve earned your trust. Thank you for going on this journey with me.