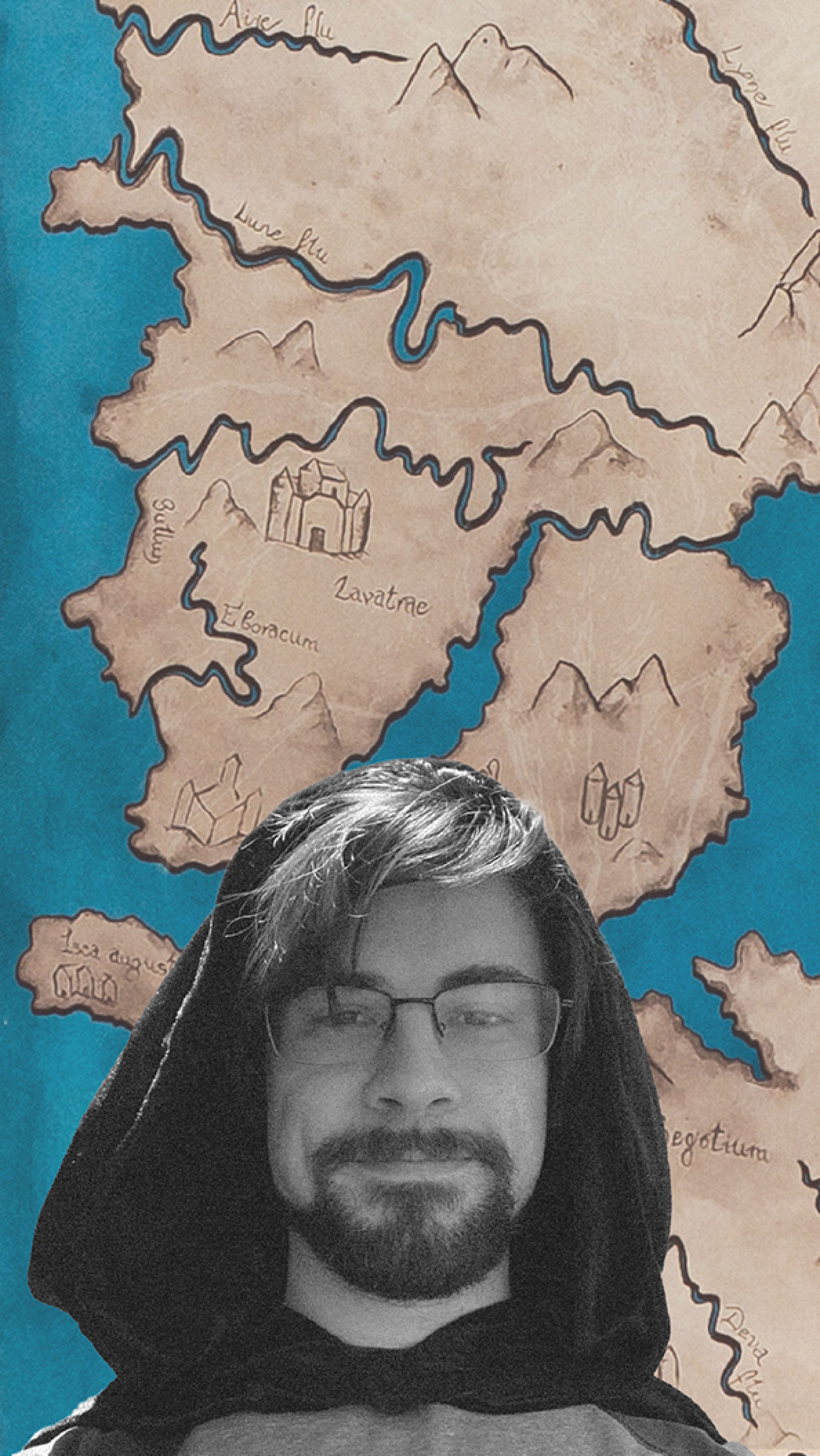 “What does honor mean?”

Fantasy buffs grapple with that question all the time, but none as often—or methodically—as Timm Woods, professional Dungeons & Dragons game master. Besides running almost a dozen games a week from his Brooklyn apartment, Timm recently brought his expertise to the literal table at A24, helping us to make The Green Knight: A Fantasy Roleplaying Game. Players assume the role of one of five classes—the knight, hunter, sorcerer, bard, or noble—and traverse a dangerous path, all while choosing honor, resisting deceit, and trying not to die. “The Green Knight, and all of Arthurian mythology, is steeped in these ideas of heroism and adventure. It’s definitely where a lot of role-playing games (RPGs) are drawn from,” says Timm (who is technically Dr. Woods; he has a PhD in this stuff.)

Ahead of the game’s release, we caught up with Timm to talk about everything from medieval notions of honor to gaming via Zoom. Read on.

First things first, a bit of nomenclature: You get referred to as both a “game master” and a “dungeon master.” Which do you prefer?

The difference is very minor, but it does matter to some people very much. A dungeon master is associated specifically with Dungeons & Dragons. For all other games where you sit around the table and take on a character—there are plenty of Star Wars character games, or the 1920s Investigator Companion games—if you’re the storyteller, you’re the game master. It’s a more generalized term, and therefore I identify as a game master.

Are there more of you?

I always say we’re like the Jedi: There used to be a lot of professional game masters, then we died out for a bit, and now we’re back. There are more of us everyday. Professional psychologists show up at conventions, running all kinds of programs. There’s the RPG Bus that goes from town to town running games. But I’m still something of an oddity, being a well-known game master.

We’re like the Jedi: There used to be a lot of professional game masters, then we died out for a bit, and now we’re back.

I grew up in the days when parents were concerned about Dungeons & Dragons—when there was the idea that anything kids were having a lot of fun with was dubious and scary. I got into being a game master by working in places that sold role-playing games. I was trying to figure out how to break into the industry, and realized that everyday somebody would come in saying, “I want to play D&D, and never will because I don’t have a friend to teach me.” That’s the biggest hurdle when it comes to these RPGs, is not having a friend who’s willing to kind of introduce you to the world of how to play these; then it feels like you have to read a 200-page book to learn. Now, D&D has entered the mainstream. Some D&D stuff has made its way into the wider vocabulary. I’ll hear people making jokes like, “You really failed your persuasion check.”

In the world of RPGs, is there such a thing as a high roller game?

A lot of my games are with people totally new to the game who are just like, “I’m excited because I’m an elf!” And I’m like, “You know what, that is fantastic. As you should be.” But there are people who have turned their adventuring party into a well-oiled machine, and I have to recognize that when I prep for games.

Speaking of which, how did you prep for adapting The Green Knight into its own tabletop game?

I majored in English for undergrad, and a lot of what I read was part of Arthurian mythology, or related to it. Like The Canterbury Tales, which feeds into the core tropes behind The Green Knight.

… can you read Old English?

I wouldn’t say I can read Old English. I can parse my way through The Canterbury Tales; I took a class in college where we had to memorize a portion of it. But I need to catch myself here—we’re saying Old English and I believe we should be saying Middle English. Old English is like Beowulf.

I also read Tolkien’s translation of The Green Knight. It’s largely held to be one of the best translations because Tolkien was obsessed with getting the Old English translations right, and was very respectful of the content. Lord of the Rings is rooted in this King Arthur mythos, that’s really a fundamental look at heroism. In some ways [the Arthur mythos is] very straightforward and very basic, but the Green Knight tale is a great example of how it introduces some very cool nuances to the story that maybe we wouldn’t have associated with those medieval times. What does it mean to set out on a journey when you can’t even look at your motivations and know that they are totally pure? Why do we do the things we do?

Given the idea of designing a game around something so archetypical, it was easy to see what it would look like. It’s like asking someone to make a game from The Odyssey—it kind of writes itself. You wreck your ship, and it’s game over.

Your honor is a number that goes up and down; as your dishonor goes up, it becomes harder for you to do the right thing.

But The Green Knight RPG has an honor system that differentiates it from other tabletop games.

There's one really fundamental statistic that everything in the game plays off of, and that’s your honor. Your honor is a number that goes up and down; as your dishonor goes up, it becomes harder for you to do the right thing. It represents a slippery slope. You might start to ask yourself, hey, do I need to do this quest at all? It might be easier to go home right now and settle down and tell everyone I did a great job on this adventure. In medieval times, people were obsessed with honor and duty. It’s always good to go on a quest and show off your ego, but … is it? The Green Knight is all about questioning that social norm that was prevalent at the time. It’s a very interesting time right now to be playing RPGs.

This game is all about, will I do the right thing? But whose notion of honor are we subscribing to? Games like D&D often get into these questions of, wait a minute, is my adventurer, my hero, a good person? They’re going around beating people up in their homes, and taking their treasure and stuff. I wanted to create a game where you get to play with this idea, and your character is trying to do the heroic thing or maybe choosing a time, strategically, to do dishonorable things. It’s tough to always make the right decision.

What’s life as a professional games master like these days?

Obviously, we’re stuck inside. I’ve done a full shift over to running digital games and the number has reached an all-time high—about 10 games a week at this point. I communicate a lot of my enthusiasm through my hands and body language, so I’m figuring out how to make the digital experience just as good, or better. I’m using digital maps and tokens from programs like Roll20, and that’s augmented my games. But I’m still working on translating myself through a webcam.

And I’m gaming outside of work—a lot of video games, because those provide me with the experience, as opposed to me providing someone else with the experience. During the pandemic my partner and I have been breaking out a lot of board games. We had this old one kicking around that became the dark horse star, called Infiltration. It’s a cyberpunk game where you break into a corporation’s secret cyber facility and you’re a Reservoir Dogs-like team—you’re all going to betray each other as soon as you get inside. We’ve been hotly contending for who’s going to get the next win. 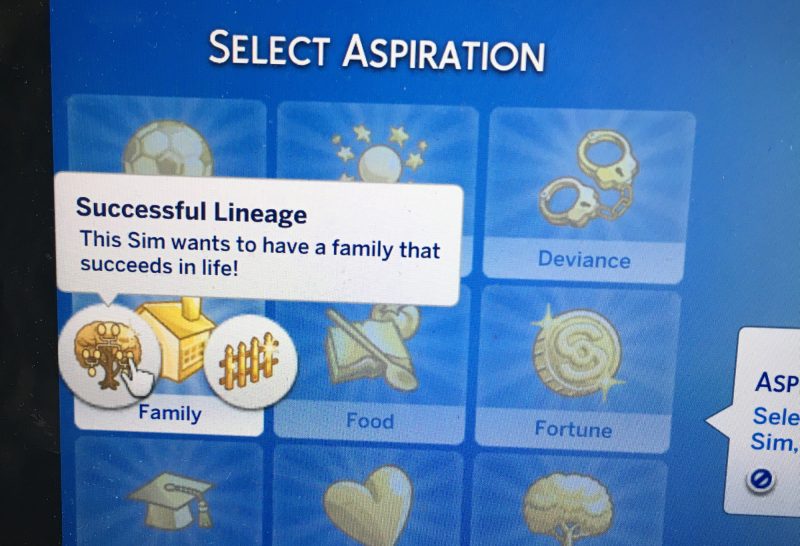 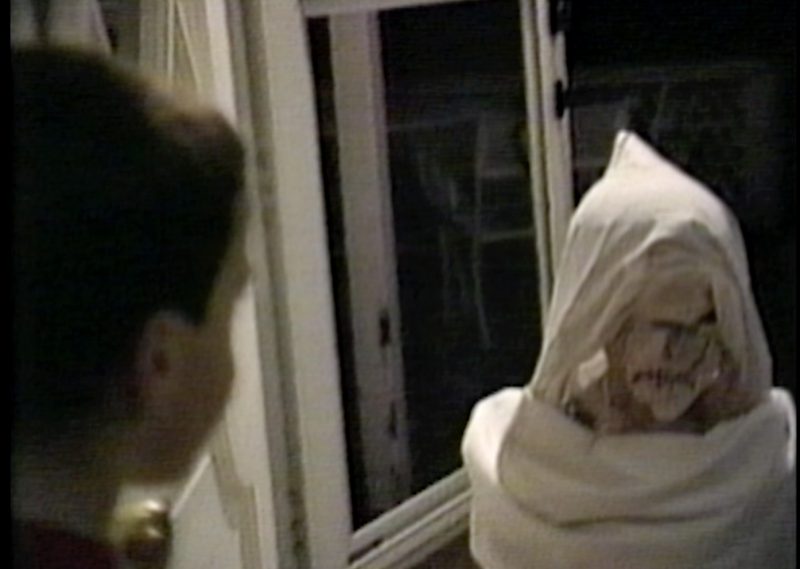 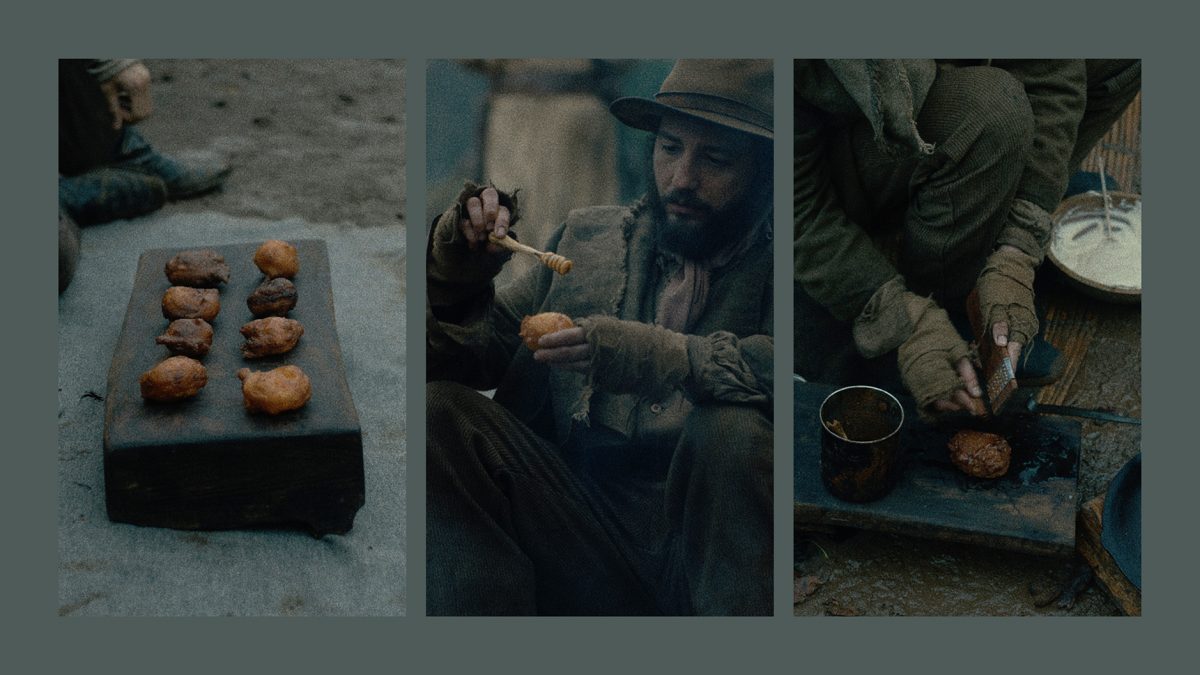