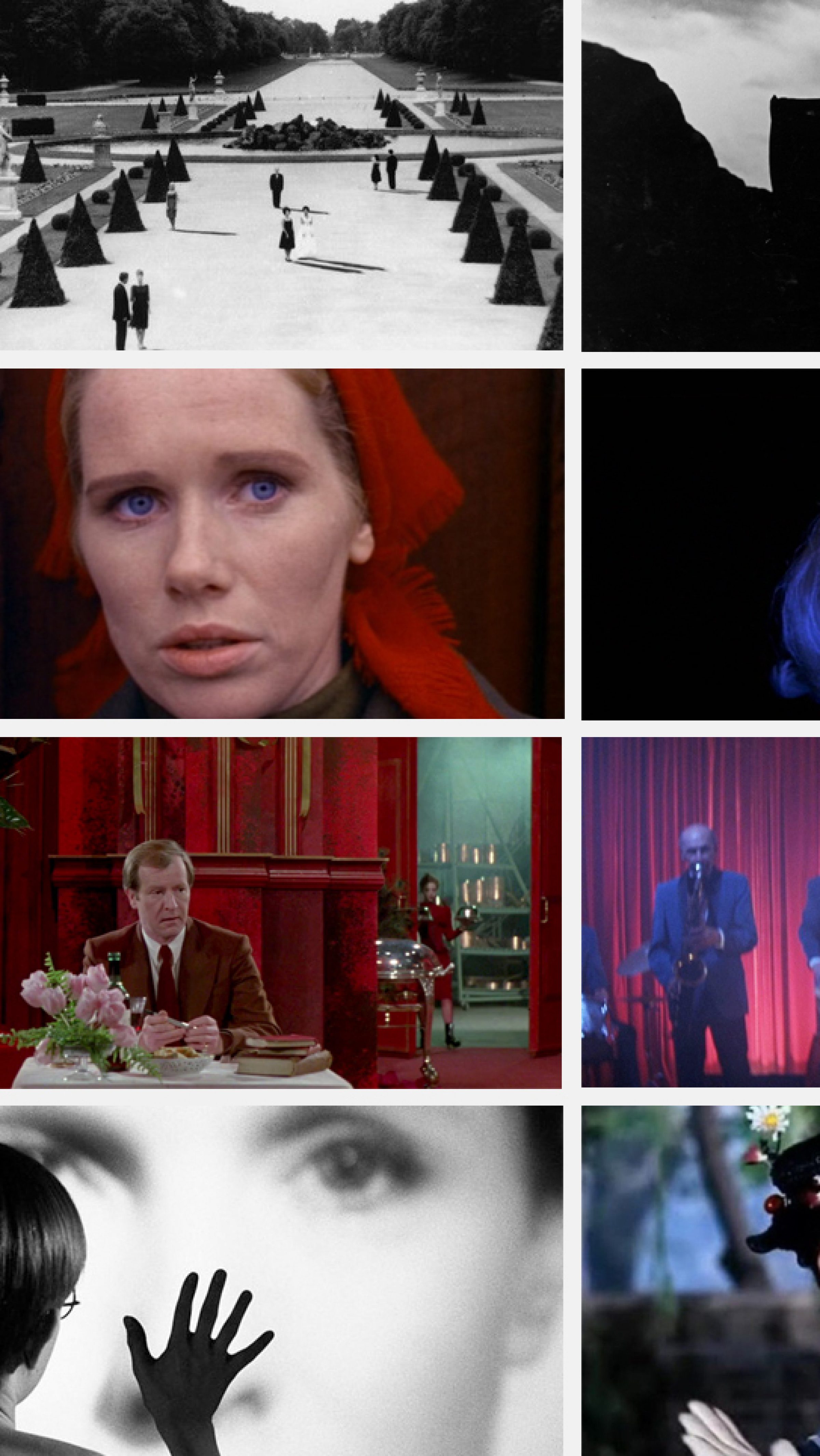 On the most recent episode of The A24 Podcast, directors and self-proclaimed Ingmar Bergman devotees, Ari Aster and Robert Eggers, name-dropped 42 movies in the 55 minute runtime (almost a movie a minute).

We compiled every film mentioned — from Andrei Rublev to Conan the Barbarian to a whopping 18 Bergman films — into an annotated watch list for those of you that have approximately 87 hours to kill.

“It [The Lighthouse] really made me think of Harold Pinter, who I love. I mean, what else plays like The Servant or No Man's Land and The Homecoming, and this felt to me a total spiritual sibling.” - Ari Aster

“The Sacrifice ... People would always say that it's Bergman-esque, which would really piss him [Tarkovsky] off because he said that this has nothing to do with Bergman films.” - Robert Eggers

“It’s Bergman desperately packing everything he learned from Freud and being as literal as one could possibly be.” - A.A. (15:15)

“I was thinking a lot more about Bergman’s work when I was making Hereditary. I showed the crew Autumn Sonata, because of the mother/daughter parallels.” - A.A.

“When we were making Hereditary, I made my cinematographer, Pawel Pogorzelski, watch Persona, just because I think those are the most beautiful closeups I'd ever seen in a film.” - A.A. 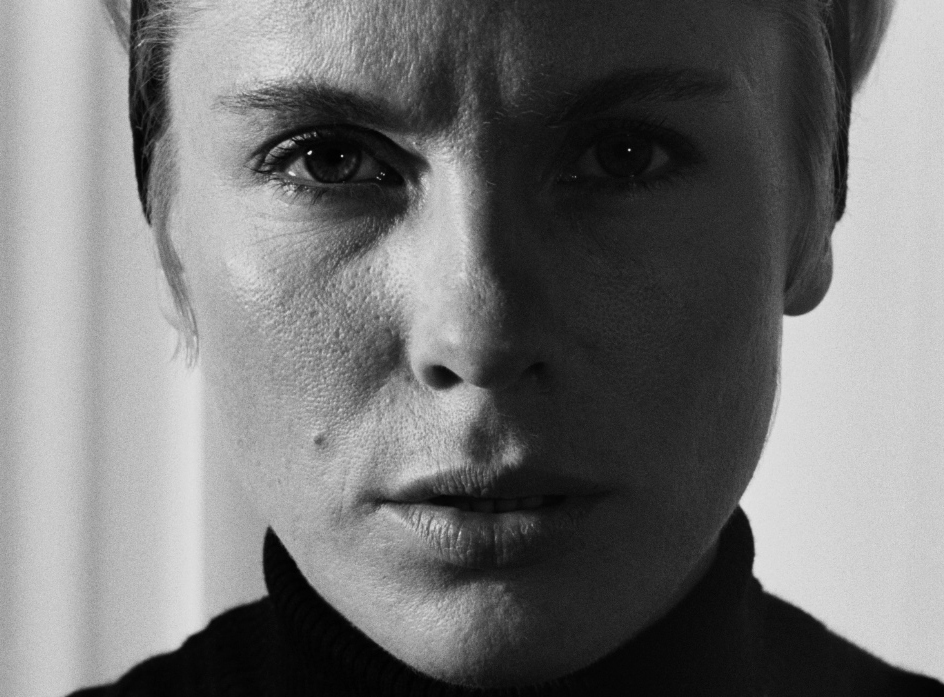 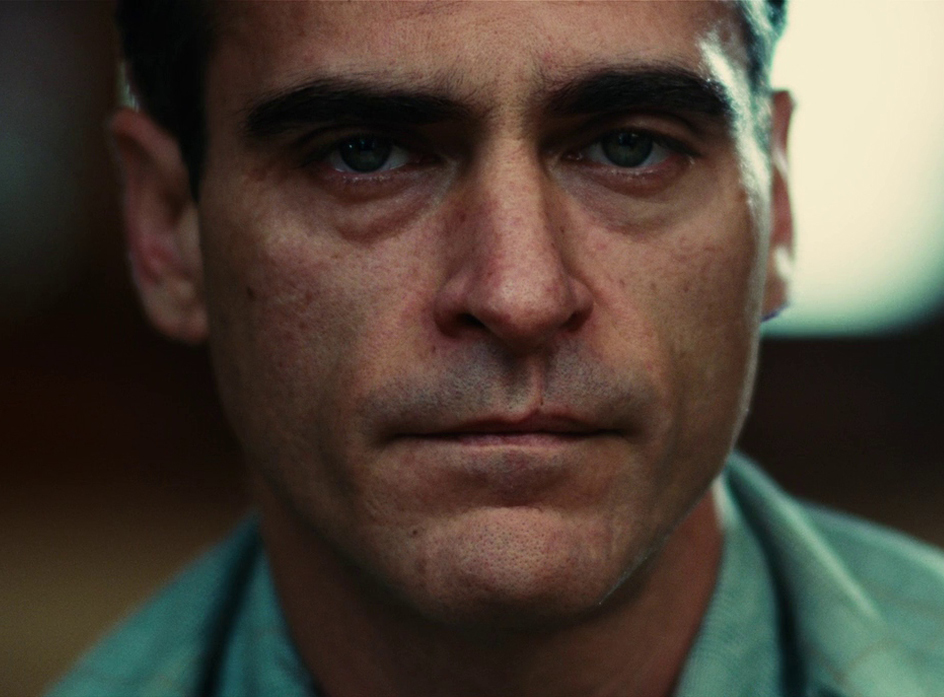 “I'm seeing filmmakers really clearly chasing the Bergman closeup, even if you look at P.T. Anderson, who loved to talk early in his career about how he was chasing the Jonathan Demme closeup. Starting with The Master, he's moving away from Demme and Scorsese and Altman and towards especially Bergman in the way he frames closeups.” - R.E.

“The Virgin Spring is the first of the Sven Nykvist’s, but I feel like Shame is the most realistically lit of all of the Nykvist-Bergman collaborations. To come out on the other end with the super flat color lighting that certainly for my own films I would never ever, ever, ever in a million years want to emulate. Obviously they were trying to, over Bergman’s career and their collaboration, look for simplicity and lighting that on these people could capture every emotion and any change of flesh color in the cheek.” - R.E.

“Fanny and Alexander was made for T.V. and despite it being a T.V. movie it’s probably my favorite film. It has his trademark brutality. He’s got the monologue that seems to make its way into almost every Bergman film where a man positions a woman in front of a mirror and dresses her down. In Fanny and Alexander, you have fart jokes mixed in with the drama of life and death”” - A.A. (11:45)

“In some parts of Fanny and Alexander it’s weirdly atmospheric even though it really has no fucking atmosphere. I know my curmudgeonly DP Jarin Blaschke, it sort of bothers him.” - R.E. (09:40)

“Tarkovsky’s influence on Bergman. I know that the two loved each other. I wonder if seeing Andrei Rublev did anything to inform Bergman. Because Bergman changed so much in the 60s.” - A.A.

“There’s a story about him [Bergman] and Sven Nykvist watching Andrei Rublev at like 1 a.m. with no subtitles just like, “Oh my god. This is the greatest thing we’ve ever seen.” And I just love that image.” - R.E. (14:13)

“From my understanding, [Bergman] saw Ivan’s Childhood and that began to get him to try to create cinema as dream. Not that he didn’t do that before, but he felt like this movie was like a key to him.” - R.E.

“Hour of the Wolf is not as scary as Cries and Whispers, even though it’s the closest thing Bergman got to a horror movie.” - R.E.

“I hereby designate Midsommar ‘The Wizard of Oz for perverts.’ That was not my intention. It was the first thing I said, and now it’s the last word.” - A.A.

“Carrie really destroyed me. I wasn't able to watch it again until my 20s, and then I realized it's a really sad comedy. I could not get the image of Piper Laurie chasing Sissy Spacek around this candlelit house out of my head. She's got this horrible smile, holding a knife. That has come back to me in so many ways. Still, I'll have a nightmare about that.” - A.A.

“If we're talking about things that affected us, like The Cook, the Thief, His Wife & Her Lover. I saw that too young. That really bothered me in a deep, deep way.” - A.A.

“There was a kid's cartoon, 30 minutes long, called The Snowman, a little boy gets on a snowman's back, and flies through the world. I can't remember what the story was, but I just remember that it bugged me. There's something about the maudlin when combined with the grotesque, as a kid I couldn't process that.” - A.A.

“I saw Blue Velvet and Clockwork Orange when I was very young, and I hated them, but then I became obsessed and I couldn't stop talking about them. And then they obviously became some of my favorite films. Blue Velvet. There's nothing original about loving Blue Velvet, but it is the greatest thing ever. Like ever.” - A.A.

“From Mary Poppins to Conan the Barbarian, and Ridley Scott's Legend, I don't know. And Star Wars, and Indiana Jones, and all that crap.” - R.E. on his first cinematic influences

“I think the first movie that was very influential [to me] was Nosferatu. I saw an image of Max Schreck in a book about vampires in the elementary school library. Especially in rural New Hampshire ... we had to go to the video store 45 minutes away and order it, and then wait for it to come in the mail. And I wore that VHS out.” - R.E.

“As a kid, I could watch shit that I'd think is boring today, just being intrigued by "What are adults up to?" I do have a fondness for Merchant Ivory films, but the bad, boring ones. If my parents would be watching that shit, I'd be like, "Oh, man. The Bostonians." I had no idea what was going on, but it was just interesting to watch grown up people doing weird things.” - R.E.

“I can't think of anybody whose work is more devastating as far as character studies are concerned. There's an economy to his [Bergman’s] visual language. You could put a lot of that on his collaboration with Sven Nykvist, but even when he was making films with Gunnar Fischer, it's there. It's there in The Seventh Seal.” - A.A.

“Seventh Seal I watched pretty young, and certainly now it feels like a crappy high school play? I mean that’s going too far, but you know what I mean. It’s so well written, but Max von Sydow’s chainmail is like a sweater painted silver. I know the budget was very low.” - R.E. 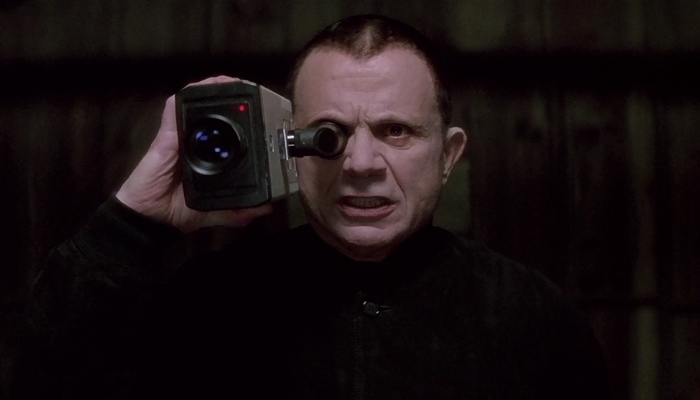 “Robert Blake’s Mystery Man, who is one of the scariest things in cinema to me, in Lost Highway couldn’t have existed without Death [in The Seventh Seal]. The pale face, and there is a certain kind of grimace that Death makes taunting von Sydow’s character that Robert Blake makes in his Robert Blakiness.” - R.E.

“I would obligatorily see the Christopher Nolan Batman movies into my early twenties, and they’re great, and Nolan’s great, but I had the taste of a fucking dilettante since I was a little kid.” - R.E.

“The reason I hired [Midsommar costume designer] Andrea Flesch—really, really brilliant woman—is because she did Peter Greenaway’s The Tulse Luper Suitcases. It was hilariously difficult and a return to what he was doing with The Falls but even more inaccessible. I know he is a brutal person to work with so I was impressed she made it through a Greenaway run. She was incredible.” - A.A.

“These films are so artful, so beautiful, so impressive on a technical level, and they so rarely go beyond what’s necessary. He’s able to be perfectly indulgent and eschew the extraneous.”- A.A.

“The opening of The Silence is so incredible how it shifts perspectives, and it's quite complicated, but you're unaware of it. When I watch John Ford or Hitchcock, I'm like, "Yeah, that's where you should put a camera. That's where you should put a camera." But Bergman, it's always like, "Wow. He put the camera there?" But that is the perfect place. I would never think that that's exactly where you're supposed to put it, but that's the place, and, again, it's unassuming. You're not assaulted by the panache of the filmmaker.” - R.E.

“Andrei Rublev gets all the credit for kitchen sink-like medieval worlds, but obviously Seven Samurai did that way earlier.”- R.E.

“Even with The Silence, it came out a year after Last Year at Marienbad. And it's a film set in this hotel that looks nothing like anything Bergman had done before, and looks everything like what he did afterwards. And I know that for me, my film school was just watching films I loved, and then kind of digging in to see what are the films that those filmmakers were watching.” - A.A. 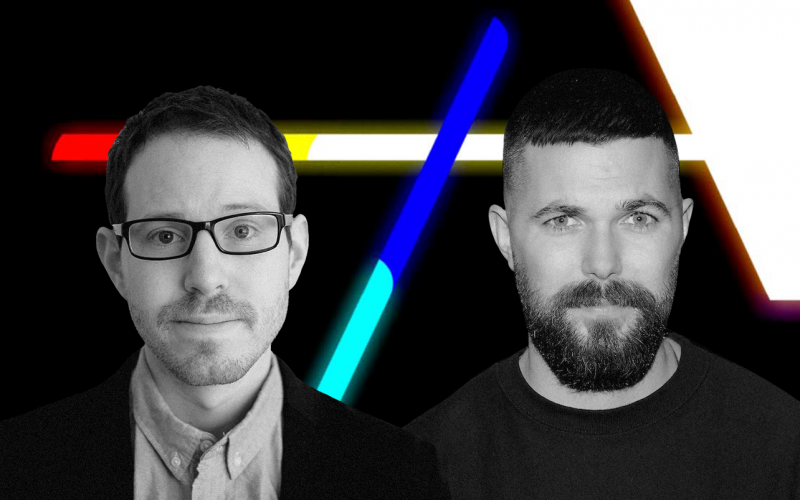 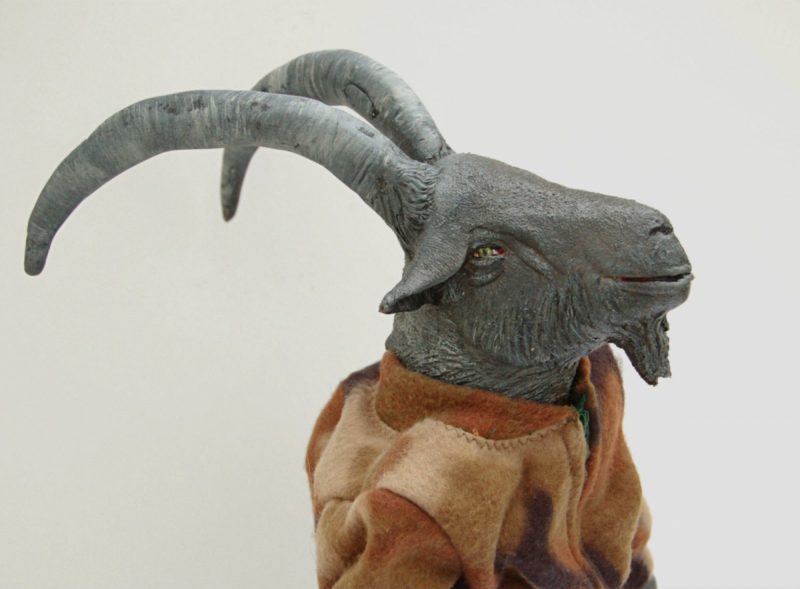 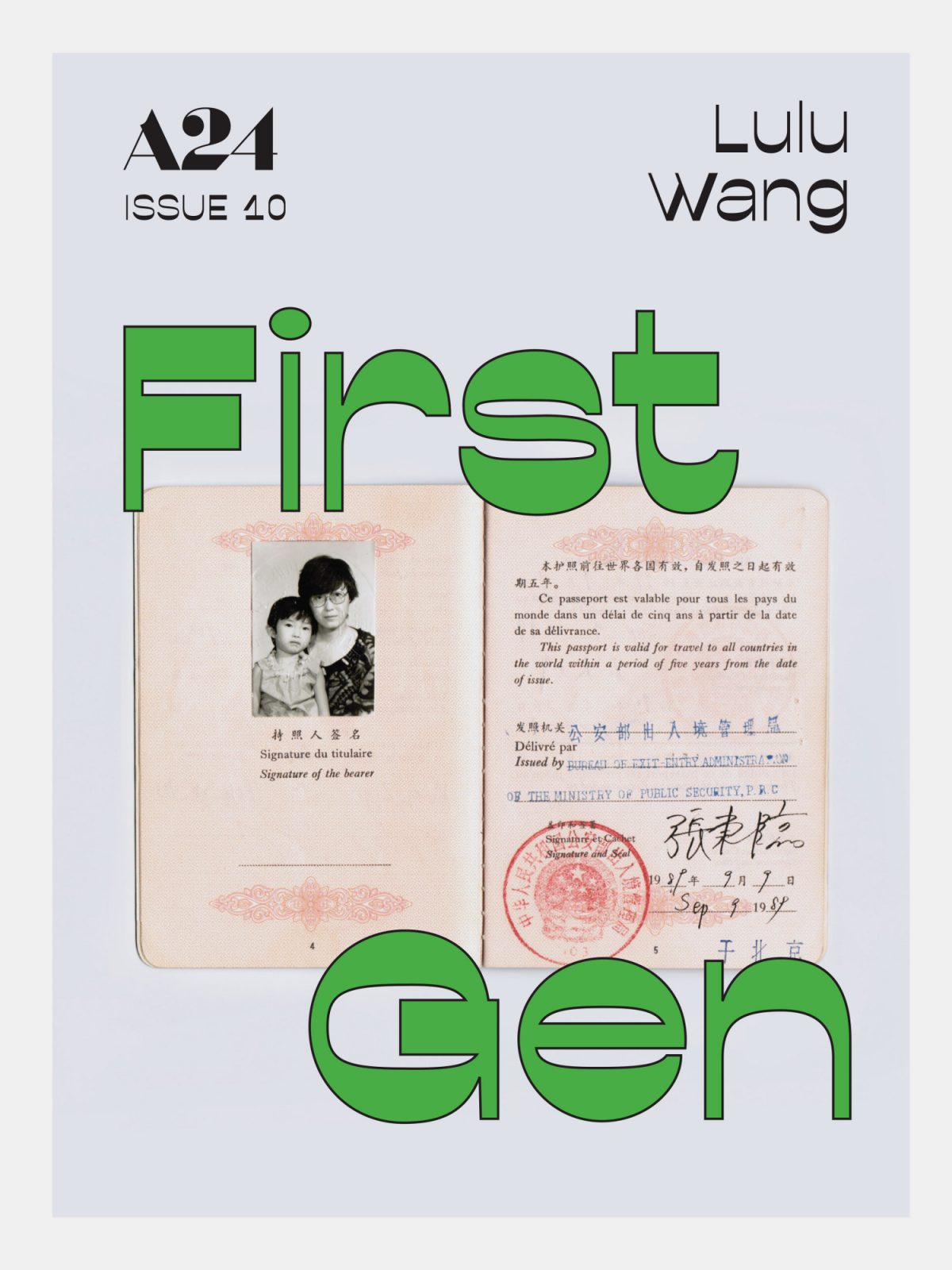