Growing up in the ’90s, figuring out who you were meant getting the right stuff.

Look at movies about kids in the ’70s and ’80s, and they’re dressed like little adults. The class nerd in Sixteen Candles is the class nerd because he’s dressed like a dad. You know the rich girl in The Breakfast Club is rich because she’s dressed like a woman who downs a martini after trotting off the squash court at 5pm. The baby python arms of the Greasers in The Outsiders are stuffed awkwardly into the same kind of cheap leather jacket that a twenty-something punk would wear, and the artsy chick of Pretty In Pink is dying to feel comfortable while looking like the suburban thrift shop version of a Soho gallerist.

But something shifted in the '90s and suddenly having a teen identity meant acquiring stuff — extremely specific, brand name stuff. It wasn't necessarily about having a lot, but instead, about finding yourself by thumbing through the right labels, snapping off the right sales tags. Defining yourself can be so tricky when you’re growing up, but it is really the thing you want most of all, maybe more than a feeling of acceptance, or a cool girlfriend. But nothing sounds less authentic than any words that could follow, “I’m the kind of person who…” A T-shirt can complete that sentence for you. 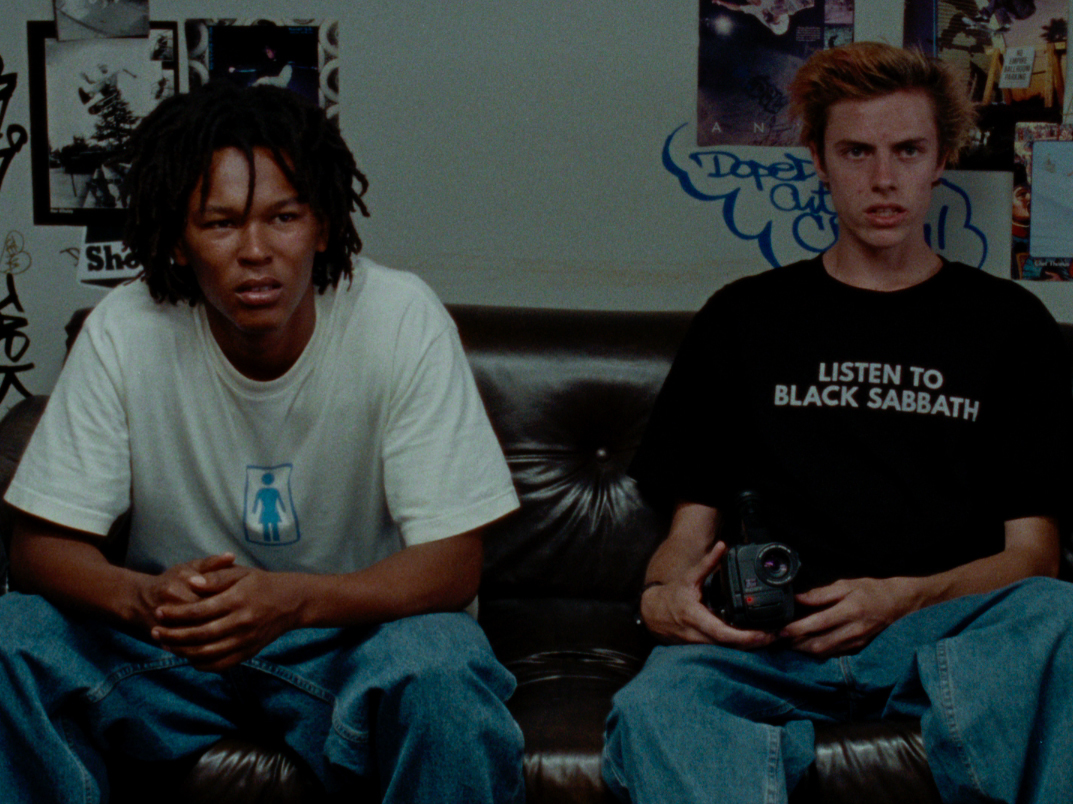 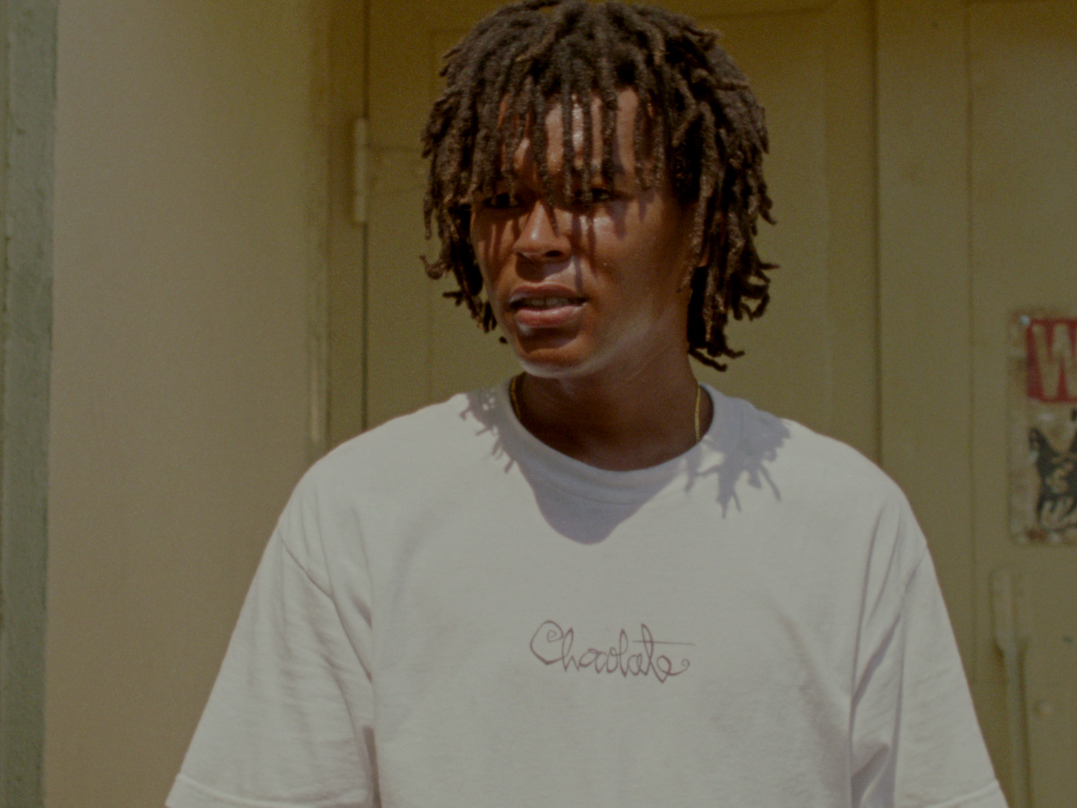 It’s no wonder, then, that when Stevie wanders into the skate shop in Mid90s to try and befriend the crew, he starts at the T-shirt rack, distractedly sifting through screen-printed T-shirts by the best ’90s skate brands. (Stevie is in a Beavis and Butthead tee that says “BREAKIN THE LAW” in Metallica typeface — tight.) There are shirts by Girl and Chocolate, both on the rack and on the crew throughout — two Southern California skate brands launched in (you guessed it) the mid-90s. That blocky Chocolate cursive, the “chunk script,” in the brand’s house parlance, comes courtesy of the artist and skater Evan Hecox, and that Chocolate logo across your chest meant you belonged on a board. A kid in Chocolate was a real skater. It wasn’t loud or expensive — if you knew, you knew. A picture might be worth a thousand words, but when you’re a teenager, a T-shirt says even more.

Of course, a T-shirt may help you define yourself to the world but it doesn’t necessarily guarantee that the world will accept you. I remember when my family moved from Delaware to California in the mid-nineties, and I bought a Tragic Kingdom T-shirt with flames running down the long sleeves to try to fit in. (Though I didn't fit in, I really did grow to love No Doubt.) It’s that same kind of attempt at assimilation-by-T-shirt that tells you Stevie’s older brother Ian, who almost exclusively wears oversized Polos, is a loser. He’s not wearing Polo because he’s a nerd; more likely, he heard Raekwon rap in "C.R.E.A.M." about how “My life got no better / Same damn ‘Lo sweater” and immediately copped every pony logo piece he could afford. Ian might dress the part, but he’s not exactly hanging out with Lo-Lifes; when Fuck Shit steps to Ian after he gets in the path of his trick, of course Ian can’t even stand his ground.

A picture might be worth a thousand words, but when you’re a teenager, a T-shirt says even more. 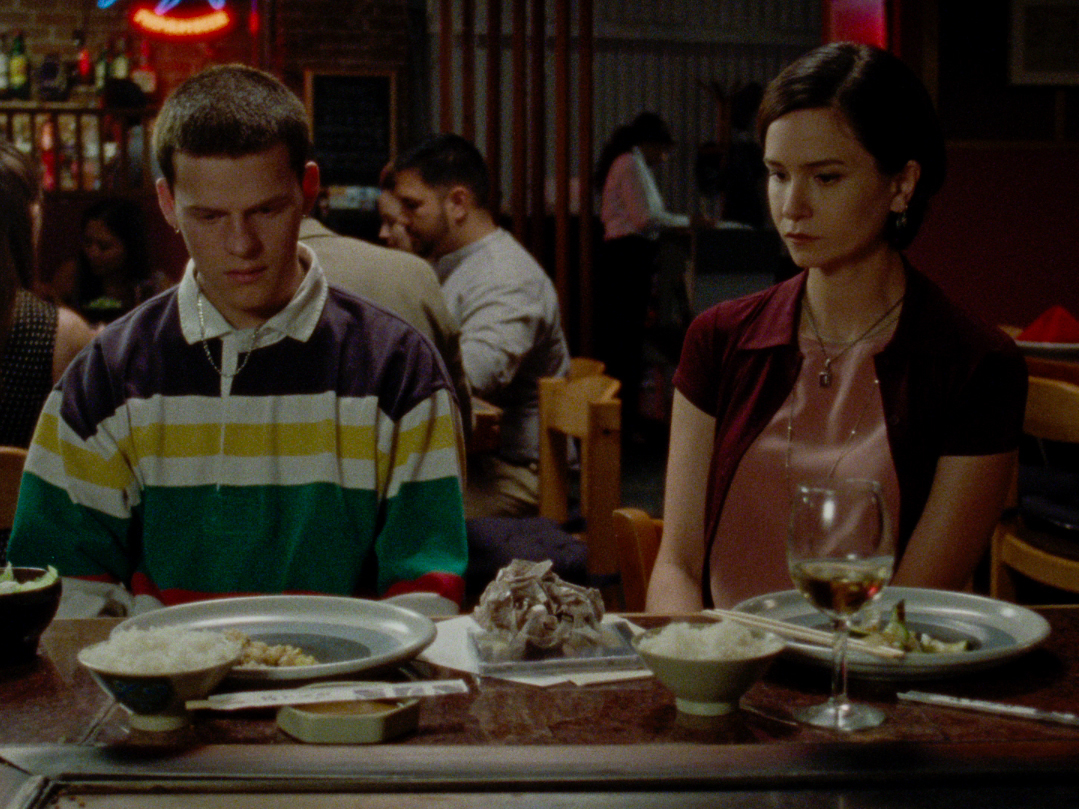 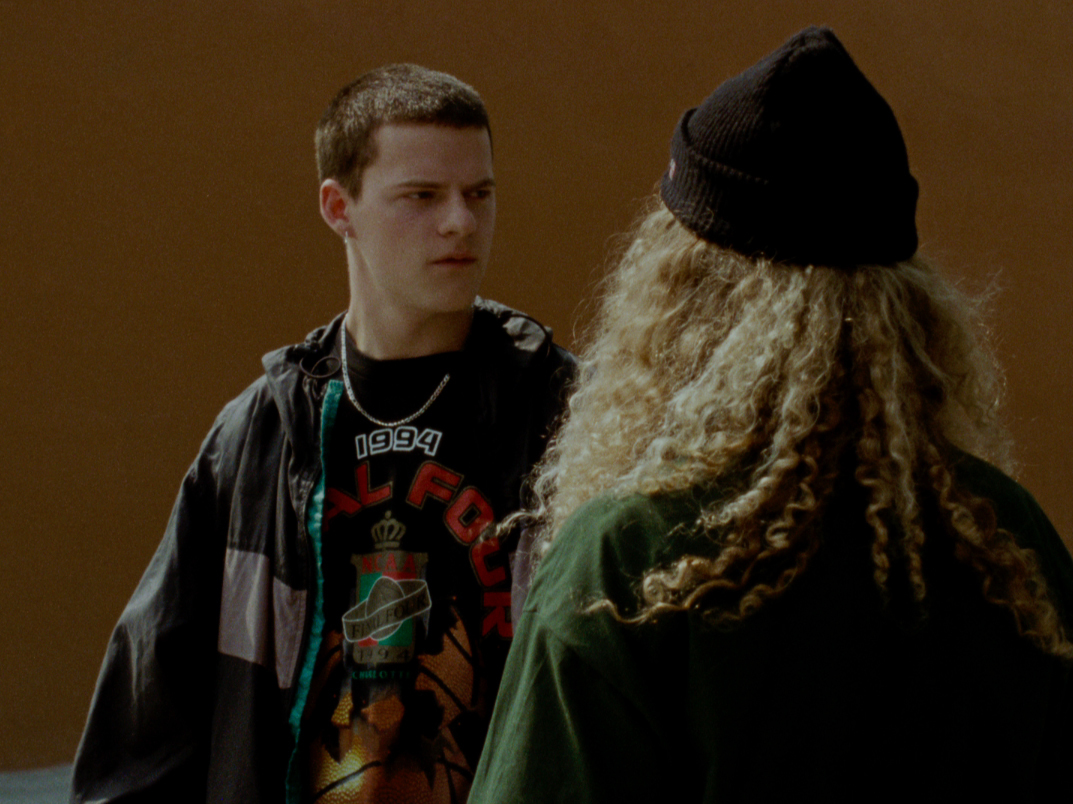 The 90s also brought us a whole new way to be sexy. Along with that No Doubt shirt, I bought a tube of red lipstick to get Gwen Stefani’s pout. We looked less to our moms and older sisters to show us how to look pretty; suddenly the women we saw in music videos and the stuff we could get at Wet Seal gave us our own way to dress — sexy tank tops and low-rise jeans, like what Estee (the effortlessly cool Alexa Demie) and her friends wore.

What Fly Girls danced in; how TLC harmonized in low-rise jeans; the way Janet Jackson sang over a Joni Mitchell sample in an embroidered halter top. You could wear a short skirt or a tight one but you could also wear sneakers and put on a little too much makeup and feel in control instead of uncomfortable. You didn’t have to look like a rich mom to look hot. It was liberating!

It’s the triumph of a smaller kind of getting dressed. The big ball gown or the crazy label are great for immediate impact, but the little choices we make in our daily lives are much richer. In one of the movie’s saddest scenes, Stevie’s mom figures out that he stole $80 from her. She leans down to ask him tenderly whether he stole it, pained that her sweet boy would do something so bad; the back of her shirt reads: “I wasn’t drinking. I wasn’t at Catalina Island. I didn’t do it. That’s my story and I’m sticking to it.” A souvenir T-shirt in the truest sense, a vestige of the life she reluctantly abandoned to raise her sons. A T-shirt can say it all — especially what we can’t put into words.