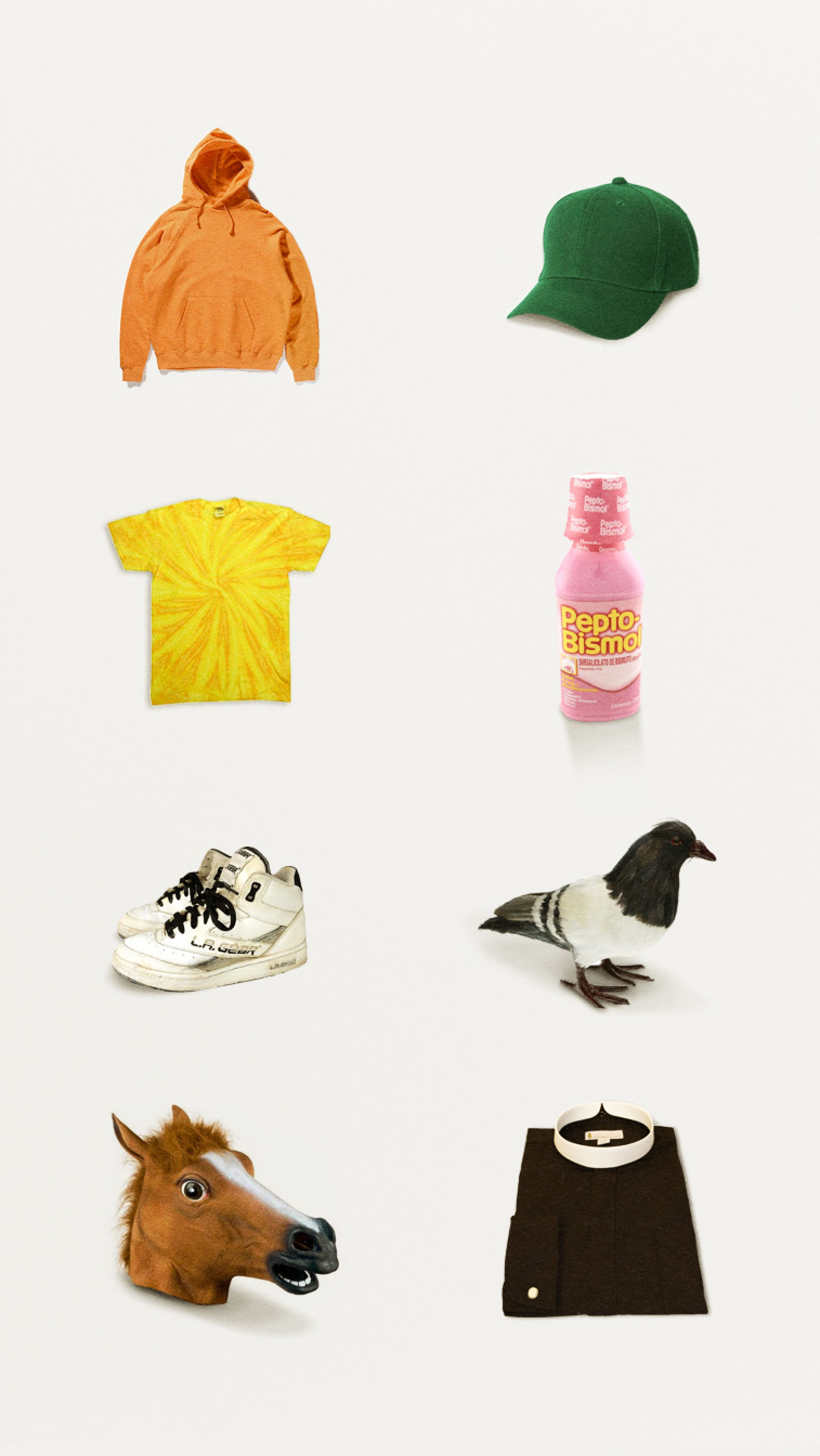 Earnest highbrow efforts are pretentious and poorly received, group costumes nearly always result in regret, and the fuck-it-we’ll-do-it-live scenarios typically end in little more than a hangover and a $70 charge at Ricky’s. And yet somehow, not dressing up is worse than all three.

Pulling off a respectable costume that says, “Hey, I like good movies and I tried,” doesn’t have to be stressful. For some inspiration, we turned to our 2018 films for five low-effort looks that require little more than a trip to Duane Reade and some One-Day Shipping on Amazon.

Pay tribute to grandma’s favorite with an orange hoodie (sized up at least three times over) over a pale yellow button-down. Stuff your sweatshirt with chocolate and a pair of scissors — a little bird tells us you’re gonna need both. Go heavy on the hair oil and complete the look with a creepily realistic stuffed pigeon ($20, but you did this to yourself). Finally, don’t forget to download the Soundcloud app so you can “Click” when least expected.

Channel your social anxieties into a costume that makes them look deliberate. Depending on your level of inhibition, you can go one of two ways: School Kayla, clad in yellow tie-dye tee and just-slightly-ill-fitting jeans, or Pool Party Kayla, in a show-stopping green one-piece. Complement the latter look with fully wet hair (add gel to make it last). Accessorize with a cracked iPhone and a fresh coat of baby blue nail polish that you can chip away at all night. Gucci!

Are you washed in the blood of the lamb? Explore your inner pastor-turned-environmental-extremist with a First Reformed-inspired costume that doubles nicely as a walking FYC campaign for Ethan Hawke. You can go one of two ways here: the cheap polyester option available in literally any costume store, or the ad hoc black sweater + paper collar + cardboard cross combo. But the true devil is in the details; in this case, a glass full of Bourbon (neat) and a small journal to document your mounting spiritual dread.

*Liquid drain cleaner and barbed wire are both discouraged (spoilers!).

If "you think you’re tough and shit" but are actually "just a little fucking kid," this aspiring skate rat costume is a no brainer. Best if you’ve held onto an old ‘90s graphic tee, but for an easier route, copy one of Stevie’s full skate-mode looks from the second half of the film. Any number of combinations work here: oversized t-shirt + beanie or too-big backwards cap, oversized t-shirt + baggy jeans, giant hoodie + sweatpants. Stevie’s shoes are LA Gear, but you’re not a costume designer — beat-up Vans will do. Obviously a skateboard is essential, but no actual skills required (you’re still learning!). And please, please add a short brown wig.

Charley from Lean on Pete

Make everyone at your Halloween party quietly uncomfortable with the bleakest and most obscure A24 costume of the year. Start with a few basics, these shouldn’t be hard to find: red shirt, blue jeans, green baseball cap slung low, and a world-weary stare at nothing in particular. Dust a generous layer of dirt (crushed brown eyeshadow works) over the entirety of your face. For a twist, convince someone desperate to wear a horse mask so you can talk softly at your best friend ‘Pete’ all night long — just make sure he drinks plenty of water.