A Conversation on Acting (Sort Of) With Tommy Wiseau

The Disaster Artist is nothing if not a celebration of playing badly but truly. Moreover, it is a tribute to Tommy Wiseau, a man who is—in so many ways—the embodiment of that fundamental axiom.

Tommy is a mystery, wrapped in an enigma, dressed in an excessive number of belts. When he set out to make The Room, Tommy was an aspiring actor and filmmaker, with at least a decade of acting classes under those belts. In interviews he has spoken of his training at American Conservatory Theater, Vince Chase Workshop, Jean Shelton Acting Lab, Laney College, and Stella Adler Academy of Acting.

All of this raises the question: Who is responsible for Tommy’s singular acting style? What does he see, think, feel, when he watches a truly great performance on screen? Does he see what we see? Seeking answers, we stole some time from Mr. Wiseau’s packed press schedule to talk to him about the art of acting. (We hoped, in our conversation, to also get his review of James Franco’s performance in Spring Breakers.)

He was reticent to speak about his motivations or give any evaluations of other actors’ work, and his answers, when given, were chiefly indecipherable. And yet, as with everything Tommy Wiseau has done, tucked inside is the seed of something profoundly human and true—evident for anyone who's willing to look.

A part in The Disaster Artist has Franco’s Tommy watching Rebel Without a Cause and being blown away by that scene. Are you just as enamored with James Dean in real life? And would you say he’s one of your influences?

I met his nephew.

Nothing happened. What’s your question?

Well, I brought up Dean because we’re trying to go over who are your main acting influences.

I like Citizen Kane. Orson Welles. At the same time, I admire James Dean as well and Marlon Brando. I associate with them because we’re on the same page. And I would say more extra for James. Maybe he would disagree, but we have same background. I don’t know. Maybe you ask him. It’s destiny or something. I have no clue.

I don’t know if I’ll be able to ask him.

You can ask him whatever you want.

[At this point we pull out a laptop, prepared to toggle through a few pre-selected clips on YouTube.]

How about we go over some of the most iconic acting scenes and you can give your thoughts.

What scene? I stay away from criticize scene, actually.

Oh, no. This wouldn’t be critical. It’s more about good things and what you like about these universally agreed upon as excellent performances and if they impacted you in any way.

Understood. In a general sense then, without naming specific people or performances, what do you think makes for a compelling acting scene?

Oh, yeah, I can tell you that. You know, my background is actually in—I don’t know if you’re familiar with Jean Shelton, actually, Stella Adler acting? Jean Shelton, she was my teacher. She actually opened to me acting. What I mean “open,” like, I only understood because of her. I attend many different classes, schools, you name it. I just thought you just say the words or whatever. That that’s what actor thinks. But that’s not it! You have to be someone else.

[Tommy next goes on at length about how the “behind the scenes” camera he used during filming of The Room caught all of the actors disparaging him.]

Well, I definitely was trying to come at this from a more positive perspective than that tape, like “who does Tommy like?”

I’ll be honest with you. Positive, negative, there’s nothing wrong to being negative. But as soon as we start bashing the person, that’s wrong.

I’m not going to argue against that at all.

Let me give you an example. I live in New Orleans, Louisiana and somebody just say [affects voice] “oh, he just say that. That’s not his accent. Wah, wah, wah.” He don’t even know me. And you know, like I say, “monkey do, monkey see, monkey do,” and everybody say the same thing over and over.

And it’s not even constructive, number one. But number two, I say “go to see The Room, talk to these people who see it. Have fun.”

Yeah, but they don’t say that, that’s the problem. I lived in New Orleans and you have people who speak where you don’t even know what they’re saying. That’s a fact. Because you talk about Cajun, Cajun French, which is completely different from French, and then you mix the English. I don’t even talk about New Orleans, I talk about WAY outside New Orleans. I mean, let’s put it this way: they live differently. Nice people. Nothing wrong with them. Especially Mardi Gras.

I like when people go in the street, have fun, be themselves. For example, Bay Area, you cannot drink in the street, as you know. You have to have paper [bag] to cover. But New Orleans you can just drink wherever. You can go bar to bar. That’s tradition there, actually. So get drunk very quickly. I don’t drink actually.

Just a little. Once a year.

That’s a good one for drinking. Back to acting, though. What has been your greatest acting challenge? Any particular scene or project that forced you to grapple with something?

People ask me all the time about the “Hi, Mark” [scene] I battled with. And the thing is, you have tendency to forget the words. And you may say whatever you want. You can be Marlon Brando. You can be James Dean. You can be James Franco. You can be somebody else. And I bet you there was one scene, one instance, they did the same thing. But in the case of Tommy, supposedly 76 takes, in which case movie would have never been completed.

So, you have to have a humor. You see, The Room is about people’s humor, understanding who you are, what do you come from. I say you can laugh, you can cry, you can express yourself, but please don’t hurt each other.

So that’s basically what my message is. About Disaster Artist, I think message may be similar, I don’t know. But I think people will relate to it based on success of what The Room is. Vice versa, I think Disaster Artist seems to me will have same success, maybe bigger. I don’t know. We’ll see what happens.

Yes, we’ll have to wait and see. One final thing, though. Have you seen many of James Franco’s performances? Do you have any favorites of his? You said he’s fair game to discuss, right?

Oh, yeah. Absolutely. You know the story about how I say he’ll be good to play me?

I’d love to hear it.

What’s the story of how you said–

So, that’s your question?

No, it’s up to you. Is that your question?

Long story short, I say Johnny Depp can play me. People say not [to consider] just him because he’s obviously too expensive, whatever. He wanted $200 million, whatever. I say “you may ask him. You don’t know what will happen.” And I talk to my agent too and then we have discussion and he suggested “what about James?” I think you know what? That’s great idea. Because he has all this stuff. And I told [James] at the time he doing good job and bad job on things. Nothing wrong with that.

Exactly right. And I saw him in many movies. He did James Dean as well. One of the movies stuck in my brain was Sonny, Nicolas Cage directed. Long story short, I told him I love this movie. I don’t know why. I know why, because it had a lot of elements. That’s why. 100 percent why I’m so crazy about it, because it relates to real world. So, I told him about it and he was laughing because he said that, at the time, not so many people saw this movie. But this is great movie. I might even buy the rights and distribute it myself. It’s a movie about dealing with relationships, how to be better.

It comes back to respect. And that’s what I get from Disaster Artist. James took all the elements we supply to him that relate to my life and about The Room, and he put them in form where people will understand me maybe. 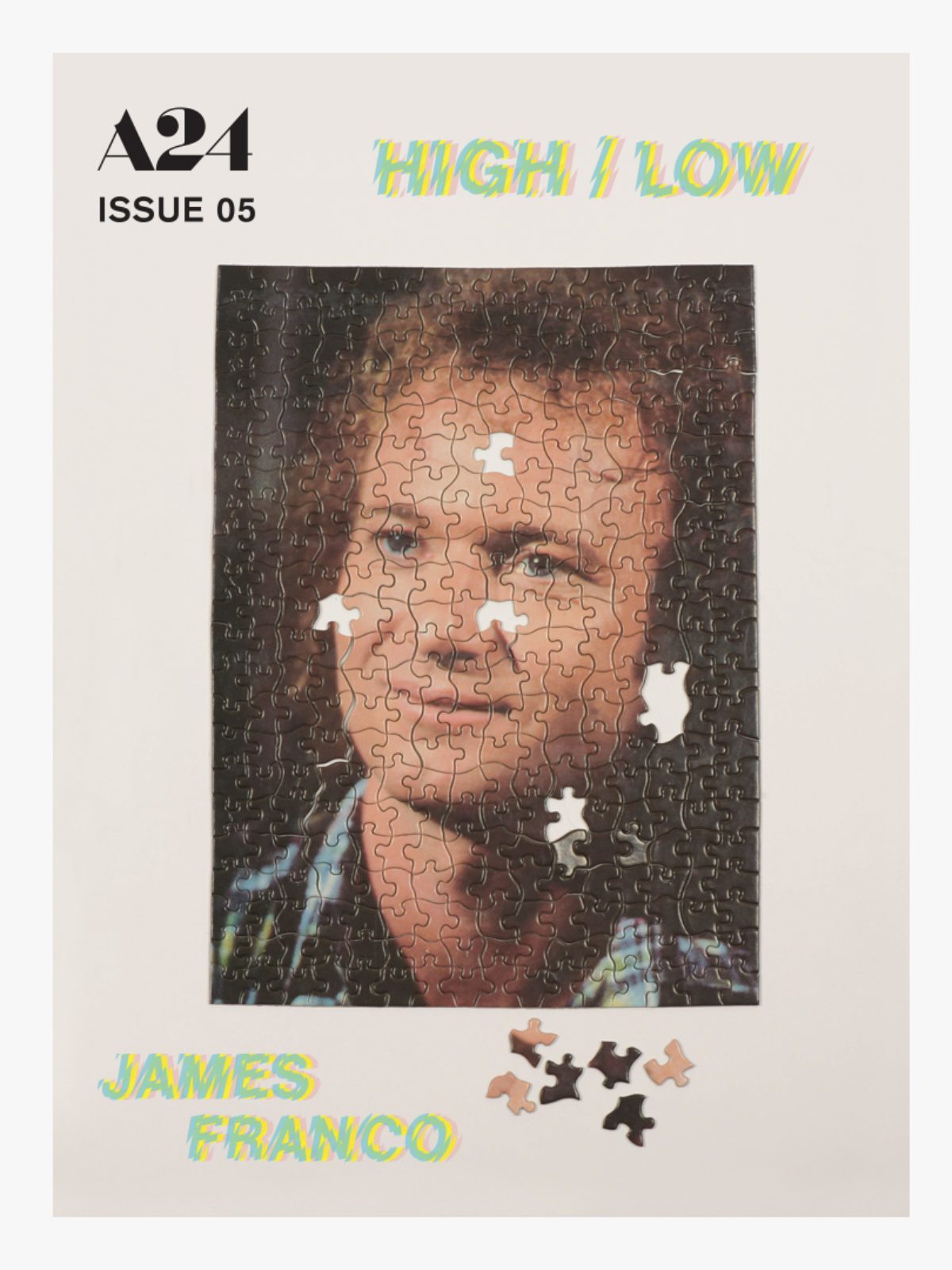