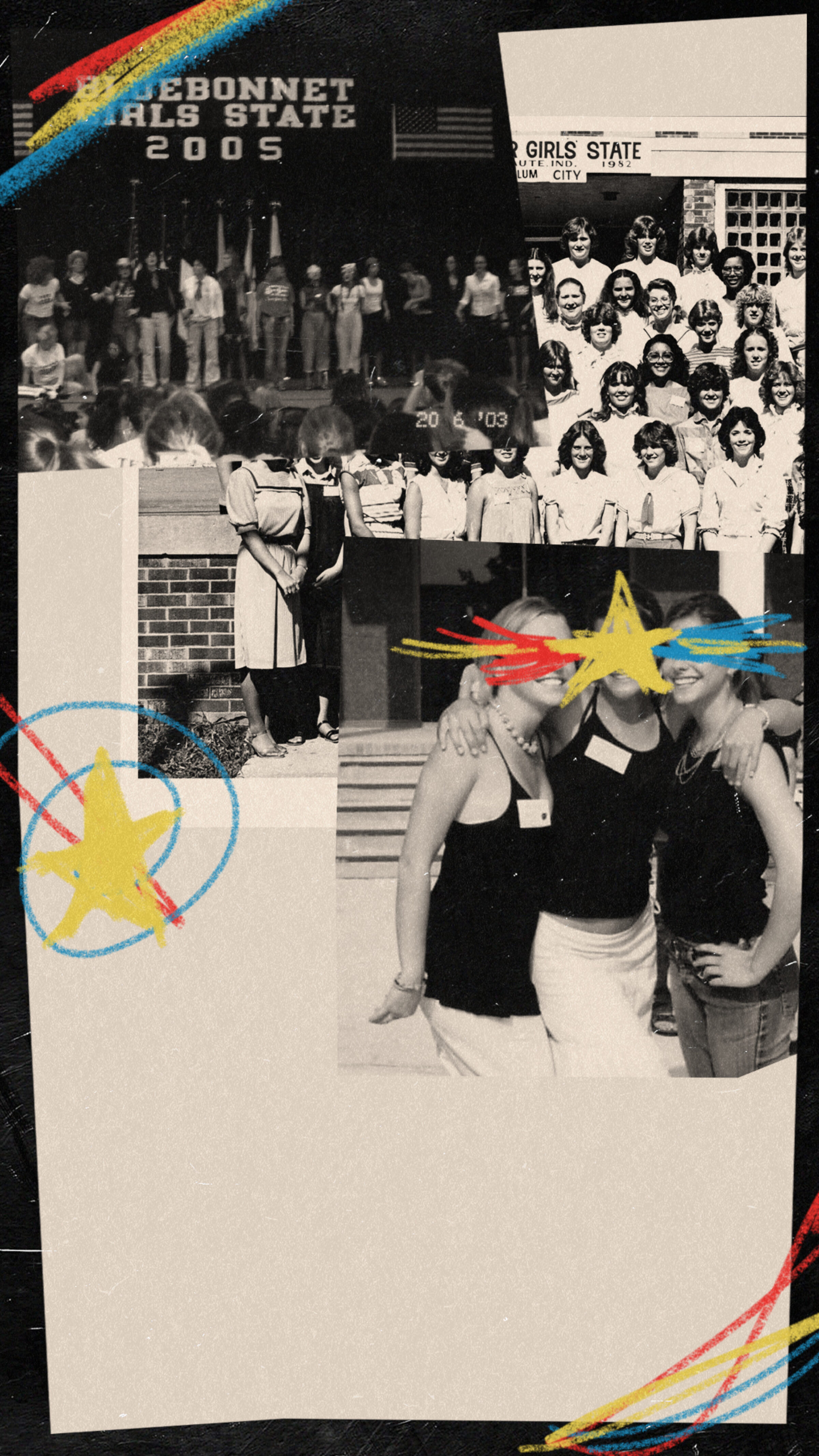 Government camp, according to the kid-citizens who would’ve rather spent their summer vacation doing literally anything else

It’s the summer of 2005: George Bush is president of the United States, and Rick Perry is the governor of Texas. As Austin’s KISS FM filled the airwaves with “Mr. Brightside” by The Killers and Snoop Dogg’s “Drop It Like It’s Hot,” hundreds of teenage girls across the state packed their bags for a week-long government camp bonanza at Bluebonnet Texas Girls State.

Girls State is the gendered counterpart to Boys State, the titular subject and setting for the documentary about power-hungry Texas teen boys in the summer of 2018. Boys State is a tale of naked ambition with characters who prowl the stage, pontificating into the microphone. But pan away from those boys for just a moment and you’ll notice a sea of out-of-focus faces bobbing in the back of the auditorium. These are the kids who go to government camp and, well, don’t run for governor. “Citizens,” you could say. Lay people, the registered voters. And for every future senator, there are dozens of these kid-citizens who give up a week of summer vacation to sit in a frosty auditorium and do… what exactly?

Fifteen years ago, at the age of 17, I was one such citizen. My memories of that week are blurry. I remember the fluorescent lights, the ambient zealotry of my fellow campers, and the vanilla vodka that someone smuggled in and passed around during the talent show. The rest is harder to recall, so to piece together a (sort of) coherent picture of what that bizarro week was like, I called up my two camp buds for a Boys State viewing.

Margaret: Why did any of us even go? None of us were even on student council.

Ramona: My mom made me go. At our school in New Braunfels you were elected by teachers, so it was seen as elite. It was this thing to have on your college resume, even though I was already locked and loaded to go to the University of Texas.

Margaret: I was obsessed with getting into a good school. My older boyfriend went the summer before, and then he got into Stanford. In hindsight, he probably went on to join College Republicans.

Christina: Total resume builder for college. I wasn’t at all interested in government.

Ramona: But we didn’t even talk about government at Girls State. One of the characters in the movie admits he doesn’t really know anything about politics, and yeah, neither did I. And I didn’t leave knowing anything more. We maybe talked about legislation at the very end, when we went to the state capital, but beyond that they just made us sing a lot.

Christina: We sang so much. It didn’t look like they made the boys sing.

Ramona: And the songs weren’t even about government. Was it a hymnal they passed around? Almost no government. We were just singing and standing in line and chanting like losers. It’s the heat of August in Texas, like 150 degrees. From dawn to dusk we’re getting shuttled with hundreds of other girls into these freezing auditoriums. We’re eating shit food, coming back exhausted at the end of the day, sleeping in dorm rooms with strangers who acted like psychopaths about passing their bill or whatever.

We maybe talked about legislation at the very end, when we went to the state capital, but beyond that they just made us sing a lot.

Margaret: As soon as I set foot on campus I realized I had no business being at a mock government camp in Texas. Plus the whole campus was painted this unsettling shade of beige. But things really went off the rails when my roommate, who always complained that the vegetables in the cafeteria were too steamed, started freaking out about passing a bill, staying up all night to work on her posters. It was like when Jesse Spano gets addicted to caffeine pills and stays up all night studying. I was like, does she know this isn’t real?

Christina: That one girl had a nervous breakdown on the second day and had her mom come pick her up early. I can’t remember if it was the schedule or the fervor of the campers that got to her.

Ramona: And she still got to list it on her college applications! She’s the smart one. People were just so frothed-up over campaigning, no matter what it was for. If we had a 30-minute gap in the schedule I was like, “So, are we all goin’ to go pass out under that oak tree over there?” Instead people were frantically running off to the bill-writing room.

Christina: Hey, I went to the bill room.

Ramona: Y’all made me go to the bill room one time. One of you wrote a bill for water conservation, and I was like oh, right, something that might actually serve society.

Christina: That sounds like me. Ramona you tried to shame me for going to the bill room.

Ramona: Yeah. But I was antsy from all the singing! We had cabin fever. And yeah, sorry, I packed some weed. And some vodka. Everyone in City J (editor’s note: Each dorm was named City A, B, C, and so on. Ramona found this construction to be lazy.) knew what was going on but it didn’t matter. We were the alphas, until somebody ratted us out. Narcs. Our RA loved us and showed up with a look on her face, kind of stern but mostly—

Yeah, sorry, I packed some weed. And some vodka. Everyone knew what was going on but it didn’t matter.

Ramona: And she told us we had to go talk to the director from the American Legion Auxiliary, who looked like that racist lady who used to make food on TV—what was her name?

Ramona: Paula Deen. We’re sitting in her office, and I’m not exactly quivering in my boots, but Christina is shook. I’m not used to being disciplined. I always managed to shimmy out of trouble. And then all she said was, “You know girls, this is a no smokin’ campus. I don’t know what you might be smokin’ but we can’t be having any more of that.” And we both had this physical sigh of relief.

Christina: She played into it like it was a Christian thing, like we should confess and atone for what we did. I think what the movie doesn’t show you is that there are actually a ton of adults around, determining what you do. At least there were at the girls camp. After all that I went to the RA afterward and cried and told her I wasn’t that kind of girl.

Margaret: Remember that adolescent feeling of worrying about everything you did, as if there was some kind of publicly available record showing that we went to Girls State and messed it all up?

Christina: Yes. The need to do the perceived right thing was just so ingrained in me.

Margaret: And now I wonder how passing a fake bill at fake government camp could really be “the right thing.” Meanwhile, the Boys State boys from our high school—which was this fine arts magnet school where we had ceramics class and kids listened to NPR at the age of 16—ended up voicing complaints over all the homophobic, pro-gun language happening over there, and tried to change the system from the inside. And got written about in Texas Monthly. We were just sulky instead.

Christina: One of the boys told me his roommate there had a baseball bat in his room that he called “the can crusher.”

Ramona: We were bad. And busy passing around our Girls State burn book. It wasn’t really a burn book though, it was just that “Girls State is…” list that we passed around to all the other girls in the back row of the auditorium. It got hundreds of entries. “Girls State is X,” “Girls State is Y.” Some girls even started illustrating it. It was impressive.

Ramona: I still think it was all a weird cult. 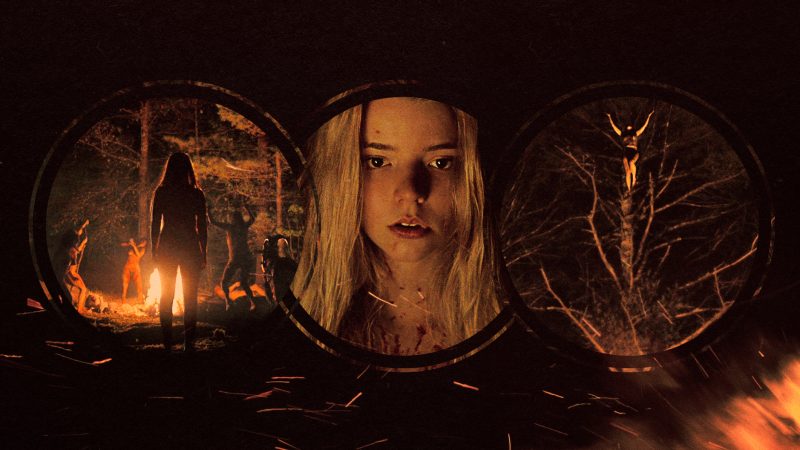 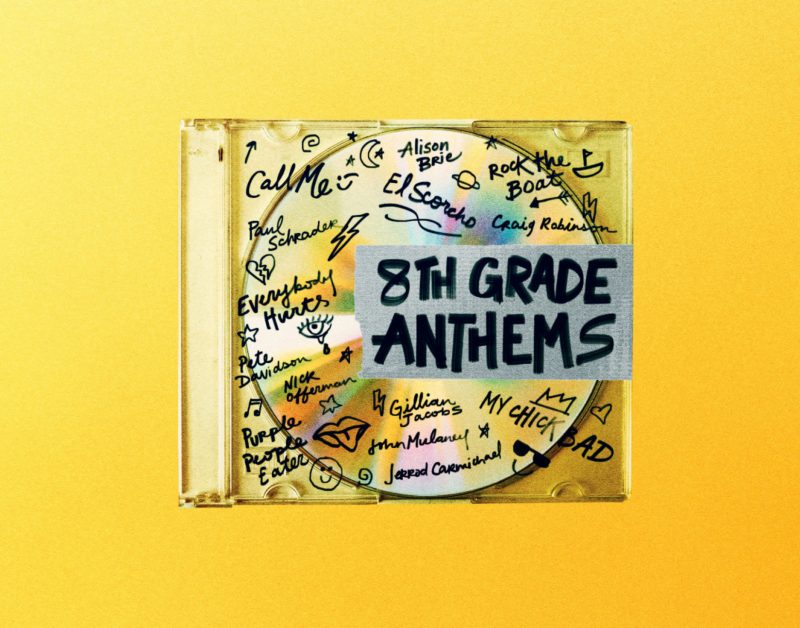 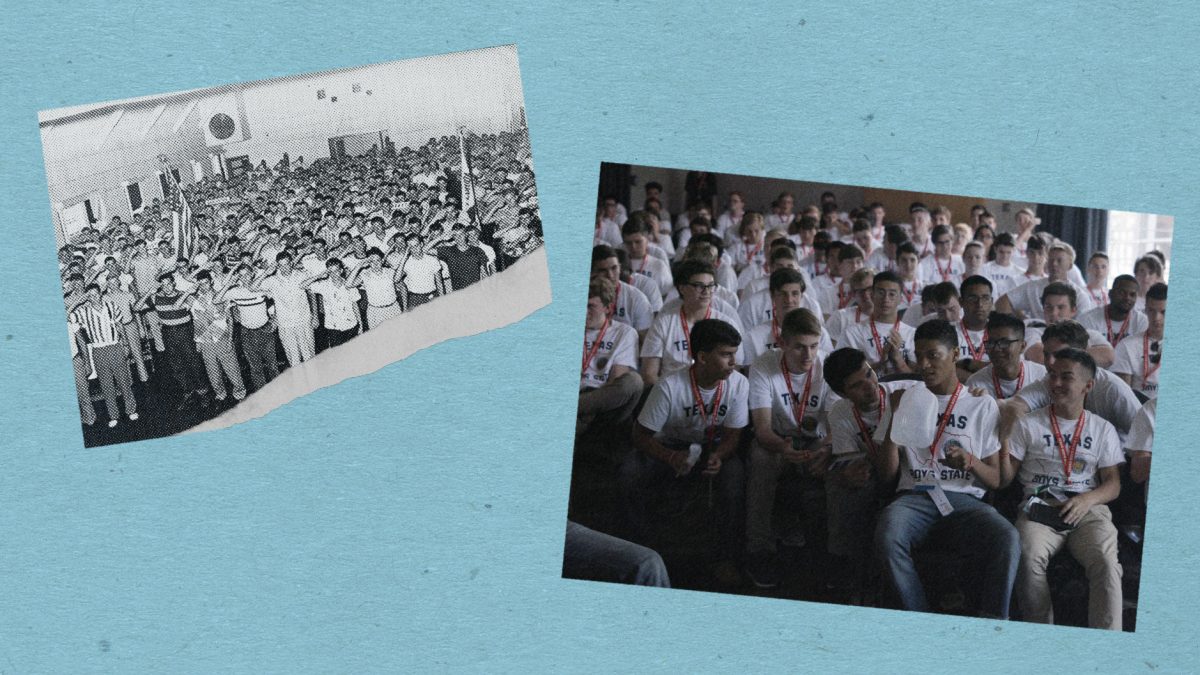